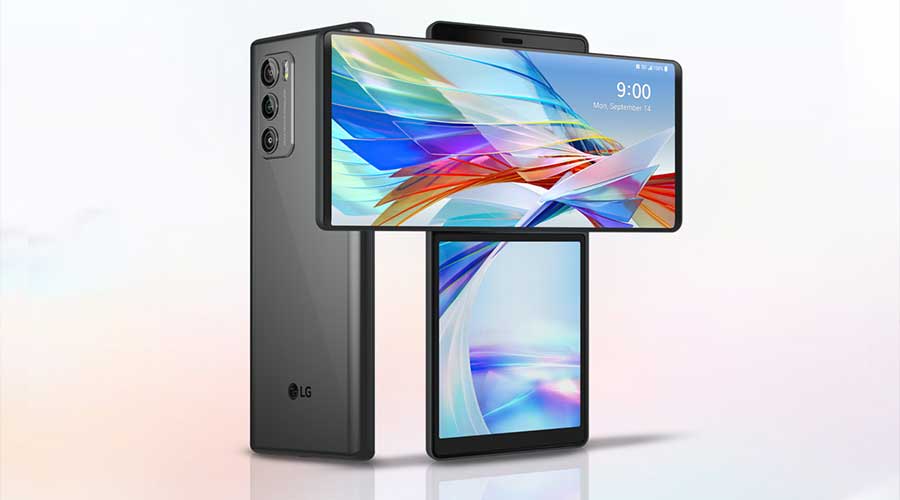 The LG Wing 5G comes with two displays, a main screen on top that rotates to reveal another display underneath, so get ready to manage two screens in one hand.

LG Wing 5G is the latest smartphone with an extremely different shape. Rather than going for a foldable which is trending in the market or LG’s previous phone model packing dual screen peripherals, this time LG Wing 5G swivels out its screen horizontally which reveals another half screen open rotation.

An old feature but with modern technique used. The screen underneath can display a second application and show the controller of the app on the main display or use a keyboard. The feature is best in use while having a conversation and watching media.

Behind the latest model, there is a strategy as LG had to keep the LG Wing 5G reasonably priced. While keeping the phone economical still LG manages to give a unique shape which user can experience while using the phone with one hand.

It is much like every other mobile phone in the market if you first look at the phone which has an edge to edge display, side buttons, on-screen fingerprint display, rectangular design, USB-C port and many more items included.

About the swivel mode, the main screen which is a 6.8-inch OLED screen can rotate horizontally at the top of the phone which forms a wing-shaped and reveal a smaller 3.9-inch OLED screen.

About the phone’s selfie photos, instead of placing a camera in the main display of the phone, the camera which is facing the front pops up from the upper side of the smartphone and pull back when not in use.

Regarding the internal mechanism of the phone, LG guaranteed that the LG Wing 5G swivel has been tested for over 200,000 rotations which are equal to swiveling 100 times per day for the next five years. The front face selfie camera which pops up is also tested to last beyond 60,000 extensions and retracts.

The camera features are also interesting one it has three rear cameras, one is a standard shooter and rest two are ultrawide cameras.

The main camera of the phone is 64MP which captures a 78-degree angle view and 13MP is ultrawide which covers 117 degrees, both lenses can be used for standard photography and for a video shoot.

The second ultrawide camera is precisely used for the video mode. After the rotation of the main screen, you can use Gimble Mode to pretend shooting with a gimble device by controls on mini screen display to change the camera direction, which looks like a digital zoom effect in a larger picture captured by the ultrawide lens. A new entry of the Hexa motion sensor is included in the phone which soothes shots and permits digital approximation of following an object and pan the screen.

The above-mentioned front facing camera which pops up from the upper side of the phone is 32MP, the lens has the capability for a dual recording method to flip back and forth between selfie and rear camera while recording.

Other specs and features

The device is inserted with Snapdragon 765G chipset, which assists in enabling the 5G service. The LG Wing 5G battery is 4,000 mAh, Li-Polymer. The phone RAM is 8GB and comes in 128GB and 256GB of internal memory which can is extendable through microSD card up to 2TB. The phone is equipped with Android 10.