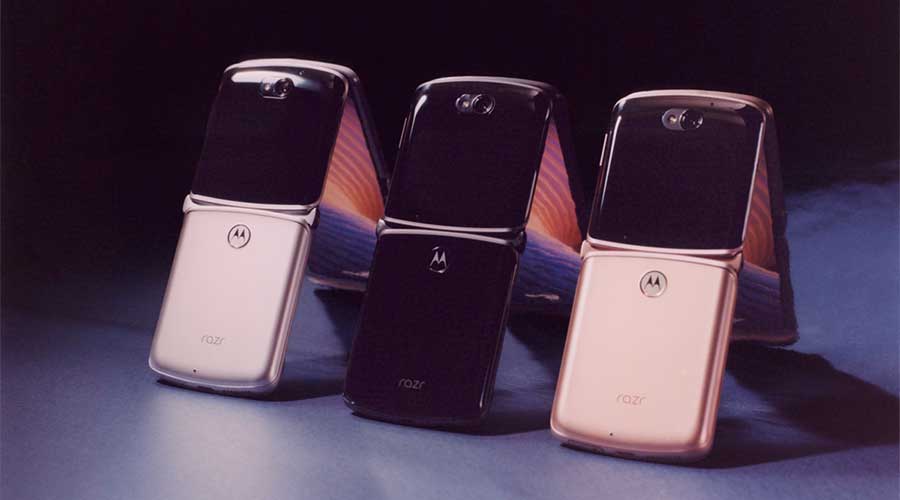 Motorola launched the 5G version of its foldable Moto Razr with some tweaks and upgradation in the internal system. Now with the newly introduced Moto Razr, you can have a bigger battery, improved camera, enhanced chipset and many more in the Moto Razr device.

The outer display of the mobile is a 2.7-inch OLED panel with 800×600 resolution, while the inner screen is a 6.2-inch OLED display with 876×2142 resolution. From the outer screen now, you can have access to the camera, YouTube, Messages, calculator, and any app you gave permission to access manually.

The camera sensor on the external part of the device is now smaller than the previous model and added with the LED flash feature. The fingerprint sensor also shifted back to the mobile phone.

To increase the performance of the Moto Razr Qualcomm Snapdragon 765G is being installed and with the upgradation, the foldable phone now has a higher mobile data speed. The new better foldable Moto Razr 5G comes with a 2.4 GHz Octa-core processor with Adreno 620. The internal storage is 256GB and mounted with up to 8GB of RAM.

The new better Motorola Moto Razr 5G at first to launch in the Chinese market and later on will hit international markets for sale in $1400. In this foldable Moto Razr, you get a 2,800 mAh battery with 15W fast charging support.