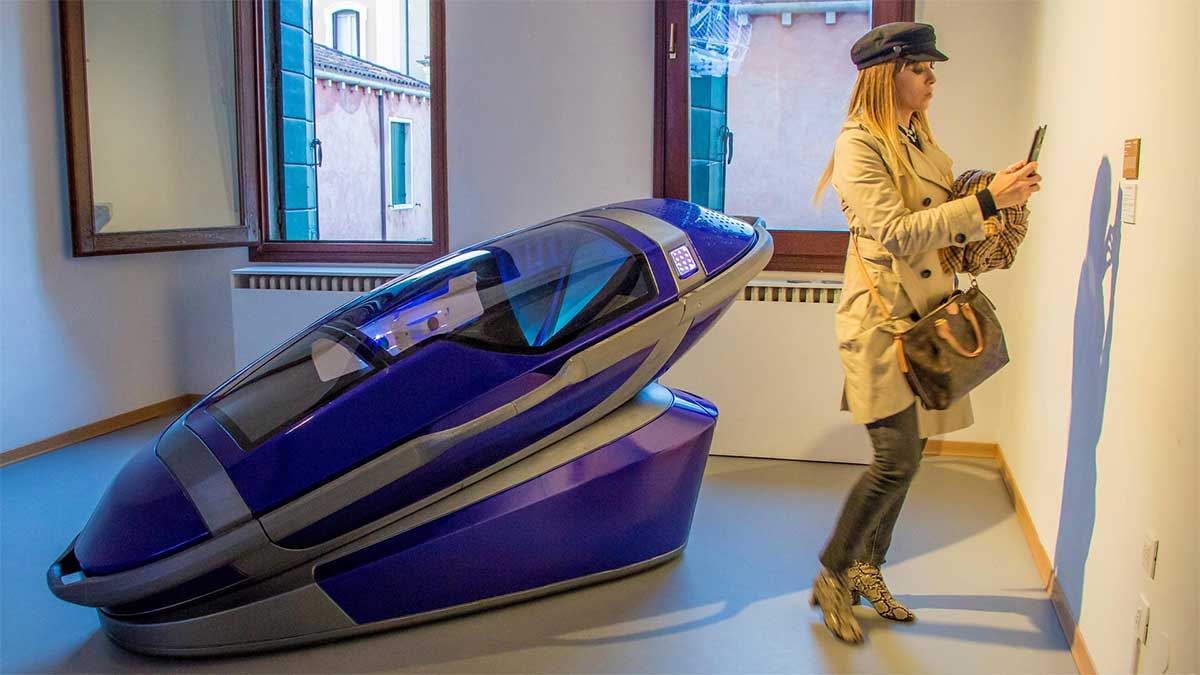 Switzerland has green lighted the controversial suicide machine the so-called Sarco Pod — 3D printed pods that allow people to choose the place where they want to die an assisted death.

The Sarco capsule’s creator, Dr. Philip Nitschke has said that his aim was to allow anyone to download the design and print it themselves.

The capsule allow a person to control their death inside the pod by quickly reducing internal oxygen levels.

Once in the pod nitrogen gets flooded in, reducing the oxygen to 1 percent. The process takes 30 seconds with the person feeling disoriented before falling unconscious.

The person intending to end their life is required to answer a set of pre-recorded questions, then press a button that floods the interior with nitrogen. The oxygen level inside is quickly reduced from 21 percent to one percent.

After death, the pod can be used as a coffin.

Assisted Suicide has been legal in switzerland since 1942

“We want to remove any kind of psychiatric review from the process and allow the individual to control the method themselves,” Nitschke said. “Our aim is to develop an artificial intelligence screening system to establish the person’s mental capacity. Naturally, there is a lot of skepticism, especially on the part of psychiatrists.”

“The benefit for the person who uses it is that they don’t have to get any permission, they don’t need some special doctor to try and get a needle in, and they don’t need to get difficult drugs,” Nitschke said in a Sarco demonstration last year.

Nitschke said his method of death is painless, and the person will feel a little bit disoriented and/or euphoric before they lose consciousness.

The organisation aims to offer the Sarco to users in Switzerland early next year.