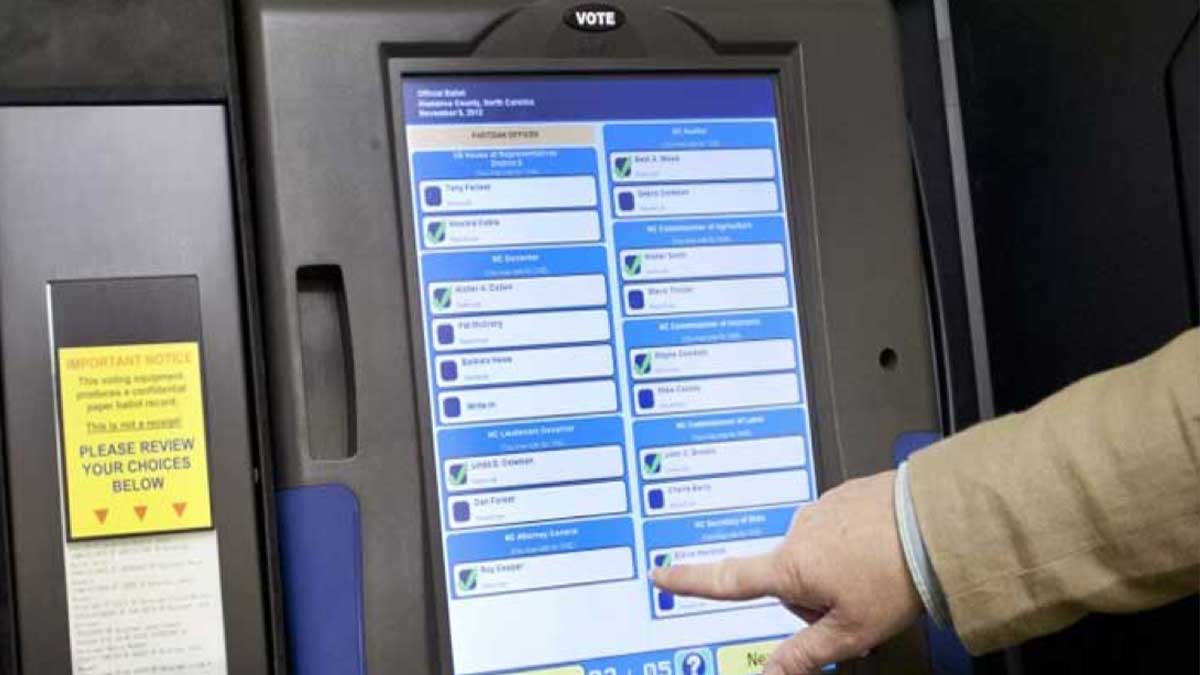 Election Commission of Pakistan submitted its report on the use of Electronic Voting Machines (EVMs) to the Senate Standing Committee on Parliamentary Affairs Tuesday, raising as many as 37 objections.

However, it was agreed that gradual and step by step introduction of electronic voting may be helpful in achieving the objective of fairness and transparency.

During a meeting of the Senate Standing Committee on Parliamentary Affairs, the government failed to persuade the opposition to adopt EVMs.

The PTI-led administration had insisted on the deployment of EVMs to ensure that the country’s elections were “fair and transparent.”

In Islamabad, the Senate panel met under the chairmanship of Taj Haider.

While informing the meeting attendees, the Ministry of Science and Technology stated that the EVM will have a specialised control unit that will aid in its operation.

The control unit, according to the ministry, would assist in the registration of candidates, allow permission to vote, and end the voting process once the balloting period had expired.

A voter will be requested to press the ballot button on the control unit to cast their vote. An LED bulb will light up as soon as the button is hit, and a voice will confirm the vote has been cast.

The machine will subsequently issue a confirmation receipt, which the voters will deposit in the ballot box. The system will reject the votes that have not been confirmed.

Senator Shibli Faraz stated that the EVMs were error-free and functional. He claimed that elections in the country were usually contentious, and that the science ministry had no better option than EVMs.

Senator Farooq H Naek wondered what would happen if a presiding officer permitted a false voter to enter the polling booth and vote by pressing a machine button.

Senator Afnanullah Khan inquired about the machine scanning the voter’s CNIC before permitting him to vote. He wanted to know what would happen if someone else’s CNIC was used to vote.

Officials from the science ministry stated that the EVM included the option of biometric verification, in which the thumbprint would be compared to a vote.

Meanwhile, according to Naek, EVMs are no longer used in Germany and the United Kingdom.

Senator Mustafa Nawaz Khokhar expressed his doubts, asking if the same EVM that was being considered would be used in the elections. Instead of the government, he believes the ECP should provide a briefing on the EVMs.

Using EVMs in the next election, according to Naek, would cause more complications until all stakeholders were on the same page.