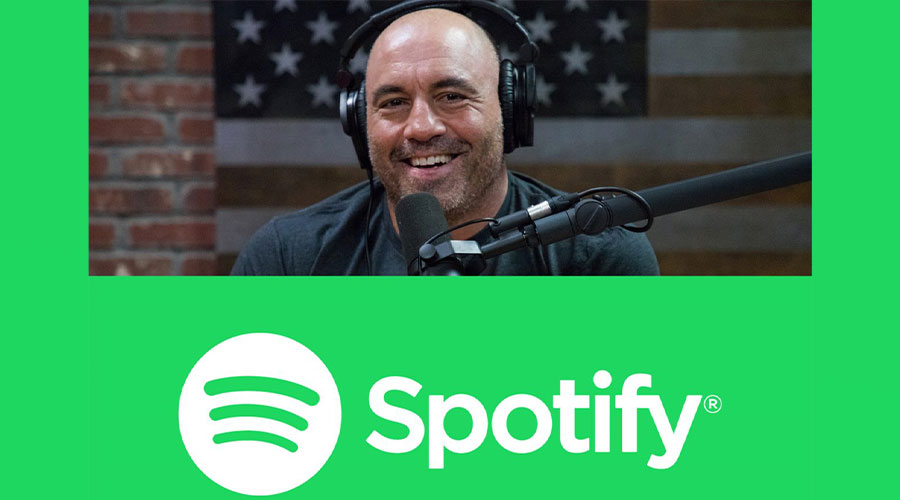 Spotify adding big names to build its podcast empire as Joe Rogan is taking his YouTube podcast show the Joe Rogan Experience to Spotify in a licensing deal worth more than $100 million. Among other big names joining the company are DC comics and Kim Kardashian West who reached a deal with Spotify for a podcast about her work with the Innocence Project.

The company stocks surged by nearly 15% to an all-time high after the deals were announced and now the company is on the verge to establish its own podcast empire because it is currently the biggest name in the podcasting industry.

In the podcasting segment, no one is scheduling shows or even sells ads on the platform but Spotify does. The heavy investment means the successful shows of the big names will get millions of audiences.

Last year Spotify announced three acquisitions, two of them were with podcasters and one was a podcast creation tool which is a service-based company. Spotify spent around $400 million for this acquisition because the ambitious Spotify wanted to rule alone in the podcast market.

However, Spotify did not stop there and they continued to spend big amounts to capture some big talents. Spotify reportedly bought Bill Simmons’ The Ringer flagship show for $196 million.

The way Spotify is doing business it is making sure that it remains a king of the podcasting world. Apple is also one of the big names in the podcasting world but currently, there is a lack of concentration towards podcasting by Apple. Apple is not making shows at the moment and also not displaying or selling ads, so that’s where Spotify can come and take the opportunity.  If Apple does want to compete then it requires mega shows and till then Spotify can easily rule in the market.

Even though Spotify is spending heavy amounts to gather talents but on the other hand, it will make tonnes of revenues as well with its ads placing. Not just only normal users but premium members also listen to the ads during podcasts.

Another podcast network revealed that an advertiser pays up to $50 per 1,000 listeners. Rogan is a big name in the industry that attracts more people to platform and Spotify can earn easily millions of followers. With these business moves, Spotify also created new ways to generate playlist and ad inserting techniques. The company also released its own advertising system named as Streaming Ad Insertion.

Spotify is currently the only company operating with the latest technique. Apple does have the ground but it does not sell ads for attained shows, NPR does have some good shows but it doesn’t have a popular player. After the constant dedication, money spent and hard work Spotify became the king of podcasting and remain so in the foreseeable future.