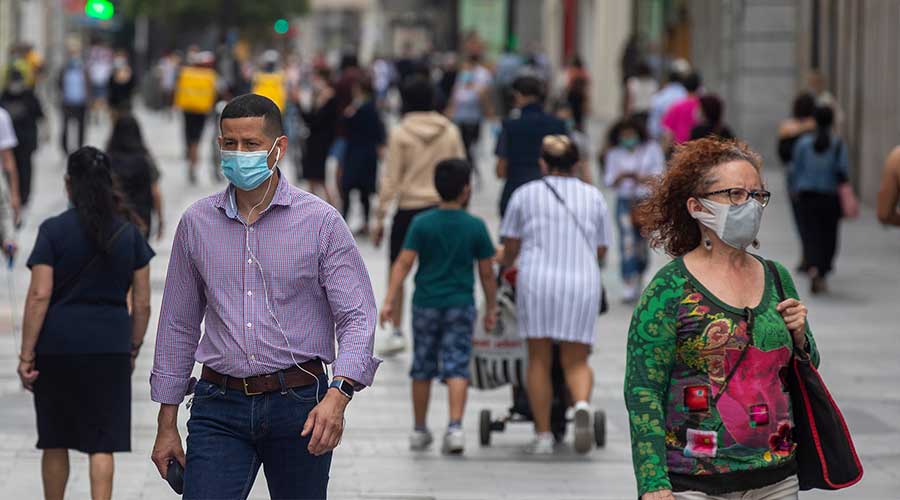 Spain began its first nationwide curfew on Sunday night after the government declared a new state of emergency, as it continues to battle a resurgence of coronavirus cases.

On Sunday, Spain declared a national state of emergency to control the second wave of COVID-19 as the World Health Organization reported a record of new infections across the world for 3rd consecutive day.

The second wave of coronavirus is a fear nowadays that is about to enter even in “corona free countries” like Pakistan. Pakistan is one of the countries that successfully eradicated the disease. However, the WHO has warned that some countries are on a “dangerous track”, with too many witnessing an exponential increase in cases. WHO also advised the whole world to take action to stem the spread of the virus by tackling it efficiently.

In total, the UN agency’s figures showed that 465,319 cases were declared on Saturday alone, half of them in Europe. Covid-19 has now claimed the lives of 1.1 million people, a fifth of them in the United States, and infected more than 42 million globally.

It was also advised that winter is especially a critical juncture as corona cases in this season may be swelled.

As the disease continued its relentless march across Europe, Prime Minister of Spain Pedro Sanchez announced the new state of emergency and overnight curfews across the entire country except for the Canary Islands.

The move came after Spain became the first EU member state to pass the grim milestone of one million cases. “The situation we are going through is extreme,” Sanchez said.

Moreover, Italy also ramped up restrictions on daily life, ordering the closure of theatres, cinemas, and gyms and shutting bars and restaurants earlier. However, all governments are working hard to balance new restrictions against the need to revive economies that have already been battered with a prolonged lockdown worldwide in the wake of coronavirus.