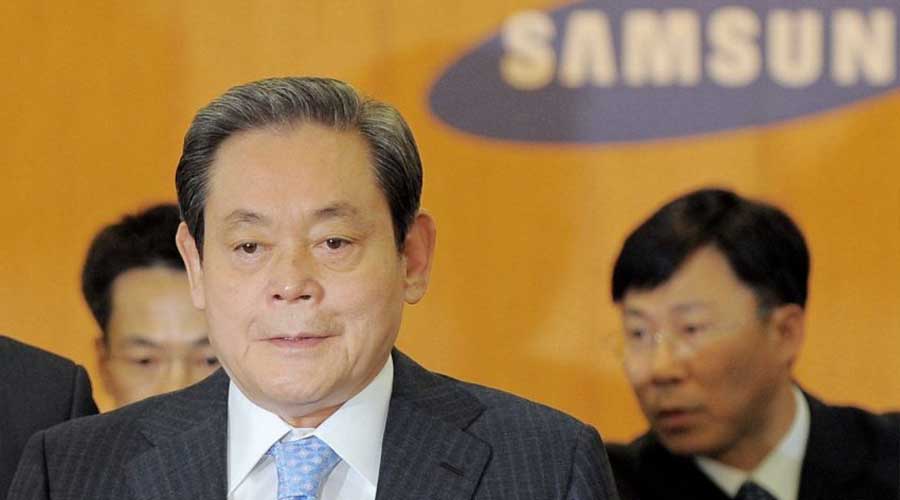 Samsung Electronics announced the death of its chairman Lee Kun-hee. According to the company, the chairman died on the 25th of October at the age of 78.

The cause of the death was not publicized but the Samsung chairman was weakened for many years after suffering from a heart attack in 2014, due to this the Samsung chairman withdrew from social and professional life. The Vice President of Samsung, Lee Jae-Yong, is his son who is most probably going to take over the position after the passing of his father.

Lee Kun-hee was the one who transformed Samsung from cheap TV and appliances maker towards one of the most powerful high-end technological brands of the world. After the dedication and hard work, Lee Kun became the richest man in South Korea as the company is contributing fifth of the country’s GDP.

It was all due to Lee’s announcement of new management in 1993 which was the changing factor for the company and its vision to bring the best technology to support advanced global society.

Despite being an influential figure in South Korea, Lee also found himself in legal trouble. In 1995 Lee was found guilty as he bribed President Roh Tae-Woo through slush funds and again in 2008 due to tax evasion and embezzlement. However, he was pardoned both times against conviction.

An unavoidable rumor will reignite over the succession process. Lee Jae-Yong was raised to become the next chairman, however, he too had faced legal issues as he spent almost a year in jail over a corruption scandal. The scandal also brought down South Korean President Park Geun-Hye.