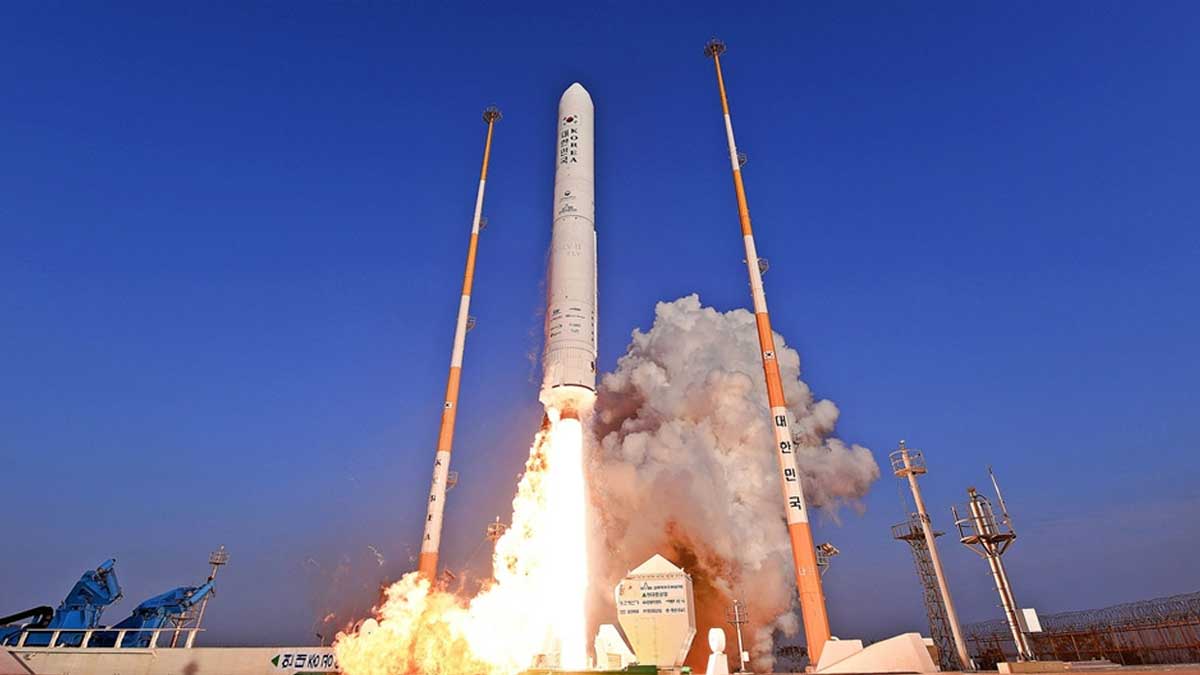 South Korea launched its first domestically made space rocket Nuri on Thursday, but the dummy payload failed to reach orbit, a setback in the country’s efforts to join the ranks of advanced spacefaring nations.

After viewing the launch from the control centre, President Moon Jae-in declared that all three stages of the rocket worked, carrying it to a height of 700 kilometres and separating the 1.5-tonne payload safely.

However, he stated that “getting a dummy satellite into orbit remains an unfinished mission.”

“While we didn’t quite meet our objectives, we accomplished several impressive achievements with our initial launch.”

He stated that another attempt for Nuri rocket will be made in May.

“Countries that are ahead in space technology will lead in the future. And it is not too late for us to do so.”

Cheering and applause emerged earlier in the control centre as the flight went off without a hitch and appeared to be a success.

South Korea has risen from the ashes of war to become the world’s 12th largest economy and a technologically advanced country which is also the home of Samsung Electronics, the world’s largest smartphone and memory chip manufacturer.

China, Japan, and India all have advanced space programmes in Asia, and North Korea, the South’s nuclear-armed neighbour, is the newest member of the club of countries with their own satellite launch capability.

Similar technology is used in ballistic missiles and space rockets, and Pyongyang launched a 300-kilogram satellite into orbit in 2012, which Western countries criticized as a covert missile test.

Only six countries, not including North Korea, have successfully launched a one-ton payload on their own rockets to date.

The Nuri rocket, which has three stages and costs 2 trillion won ($1.6 billion), has been in development for a decade. It weighs 200 tonnes and is 47.2 metres (155 feet) in length, with six liquid-fueled engines.