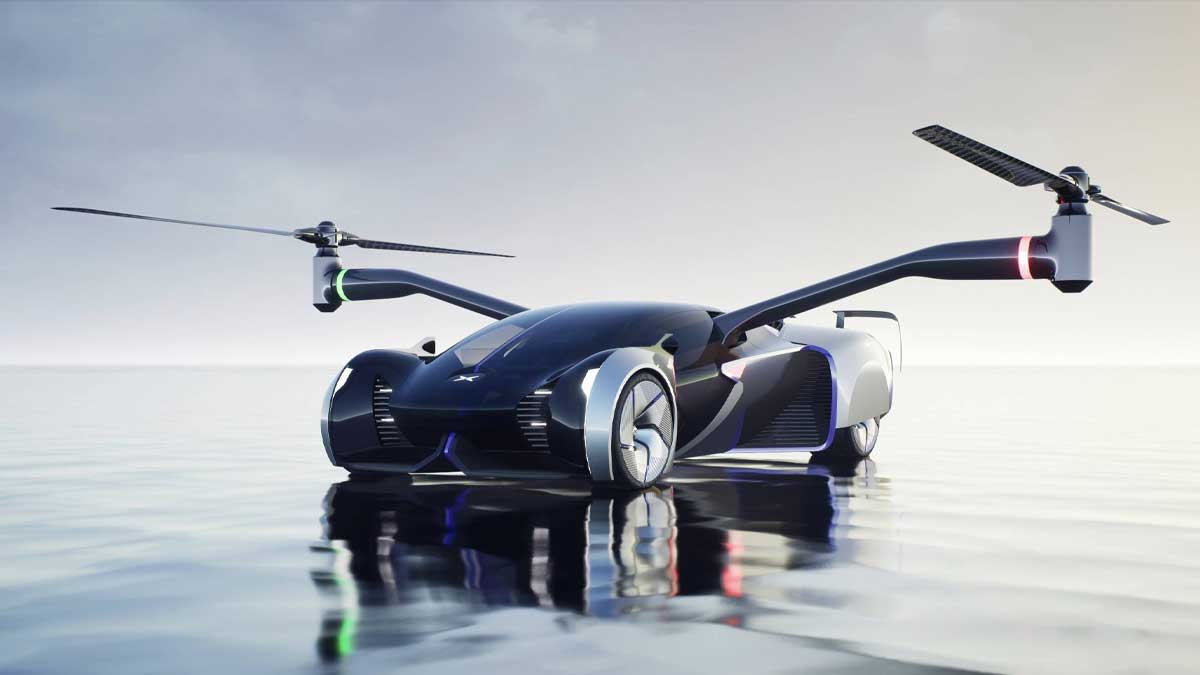 On Sunday, HT Aero, a subsidiary of Chinese electric vehicle manufacturer Xpeng, unveiled a new flying car that it claims can also operate on roads.

Xpeng said the sixth-generation electric vertical take-off and landing (eVTOL) vehicle, which was introduced at a company event on Sunday, will begin mass production by 2024 and will retail for around $150,000.

According to the company, the car is capable of running on roads and flying at low altitude. Currently, the automobile is not commercially available. The final design, according to HT Aero, may differ.

According to HT Aero, the vehicle will have a lightweight design and a foldable rotor. Once the rotors are extended, the automobile will be able to drive on roadways and subsequently fly.

Compared with most flying car models which have six or more rotors, two-propeller model of Xpeng needs larger blades to provide enough lift and propulsion power. This comes at the cost of creating more noise.

According to the business, the vehicle would have a number of safety features, including parachutes.

He Xiaopeng, the founder of Xpeng, is a supporter of HT Aero. Last week, the company secured $500 million from a number of outside investors, including well-known venture capital firms.

Electric vertical take-off and landing vehicles, commonly known as flying cars, have attracted the interest of automakers and start-ups.

However, there are a lot of obstacles in the way of these cars becoming widely adopted, including regulatory and safety concerns.

On Xpeng’s Tech Day, the HT Aero’s revolutionary land and air vehicle was launched, as well as the unveiling of the latest version of its innovative driver assistance system, XPILOT 4.0.