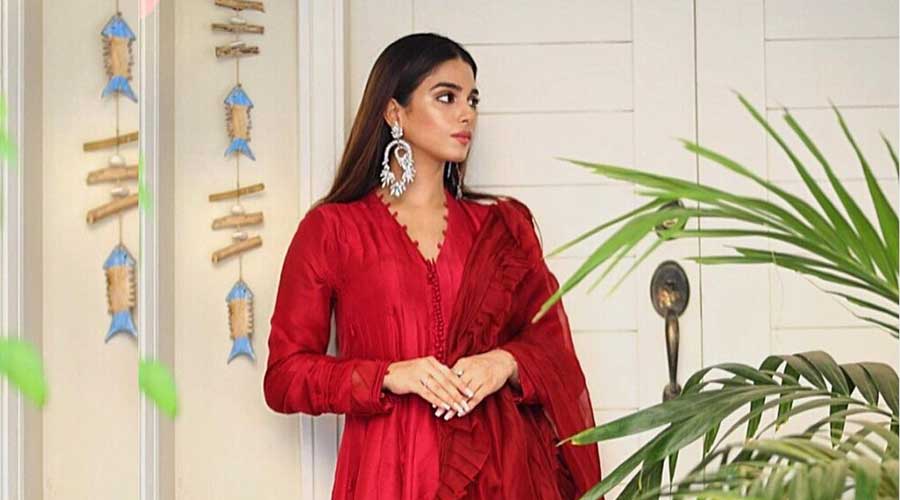 Actress Sonya Hussyn in her recent interview has highlighted people’s mentality saying that a good artist is not judged by his talent or work rather he/she is judged by Instagram followers.

But Ishq Zahe Naseeb wasn’t the last show Hussyn worked on regarding mental health. Her latest show, Saraab, sees the actor as a schizophrenic person. She feels that as an artist it is important to play such roles.

While talking to BBC Urdu, she said, “Being an artist, we have a responsibility to address matters that masses usually shy away from.”

She added, “Our society suffers from a grave issue: we like to complicate things. Take any topic if you like, let it be women’s rights, complexion, their physique – all such matters have been complicated because we don’t discuss such things.”

“Like physical health, when it comes to mental health, we tend to take it in a certain way. If someone is suffering from something, we use words such as abnormal, someone who isn’t like us – the language of it all really counts. They’re considered taboo.”

She continued. “I think it starts at home. We usually hear our parents question terms such as depression, anxiety, stress. If there is a mental health problem, we try to suppress it rather than highlighting it.”

Speaking of her characters, she remarked, “I choose the role very consciously. If I am offered around 30 scripts annually, I tend to do one that would challenge me, something I haven’t done before.”

“We have stopped analyzing the content we are presenting to the audience. The biggest flaw this generation has is that it doesn’t read. The only thing that we focus on now is TRPs. Jo dikh raha hai, wo bik raha hai. No matter how awful the narrative is.”

In the end, Sonya Hussyn concluded by saying that actors are judged by their Instagram followers, “I am not a social media person. I don’t know, I find this very unnerving. Your star power is measured through your Instagram following, not your prowess.”

She said. “Oh, this actor has five million followers? She has to be the biggest star in Pakistan. Even if there is no material in her acting or career. This has discouraged aspiring actors as well.”