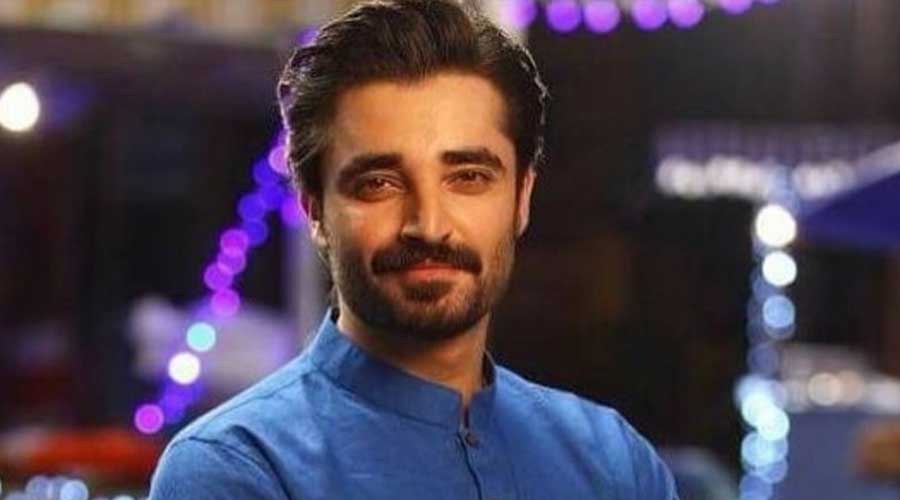 Hamza Ali Abbasi is well known for his bold statements and voicing his thoughts on sexual harassment, abusiveness, and societal issues. He never gets stop to highlight the major issues emerging in society. The Mann Mayal actor had been emphasizing to stop item numbers for so long as it has nothing to do with our culture and this time, Hamza has called item numbers “nonsense”.

Recently he canceled his Netflix subscription due to the film “cuties” and voiced his thoughts on sexual harassment. However, recently, in an interview regarding the release of his upcoming movie The Legend Of Maula Jatt, the actor once again weighed in — this time on item songs and their prevalence in the mainstream media.

The intervewer started the interview by asking the question, “Why are item numbers so bad?” referring to a previous comment Abbasi had made, making his objection obvious post the release of his film Jawani Phir Nahi Ani.

“Let me ask you, what could be wrong where dance moves are based upon the utter objectification of the woman who is dancing?” he asked sarcastically in return when questioned if his reservations were because of them being un-Islamic in nature.

Hamza went on to say about item numbers, “We don’t need it. It’s the lowest form of art to take clothes off a woman. It’s not art, it’s nonsense. It has had a negative impact on our country. Even India and Bollywood are distancing themselves from it. It’s considered a B-grade type of content.”

“You don’t demean a woman on the screen and call it art. It may be my opinion but then why aren’t strip shows art? From a religious point of view and even a secular point of view, it’s wrong,” he concluded.

“I don’t know why we’ve come to a point where we can sit with our families and watch this!” he said in disdain, acknowledging that while some may call him conservative, there will be some who will agree with him. “That’s how the world is,” he laughed.

“TV has this massive reach in Pakistan that cinemas don’t,” accepted Hamza, owing to his popularity to Pyarey Afzal. The actor, however, said he does not regard himself as a ‘celebrity’.

He concluded, “I don’t define myself as a celebrity but as someone who did some projects. People recognise me from my face and that’s all. I think I can call myself a public personality though because I’m known for other things as well, such as my religious opinions.”