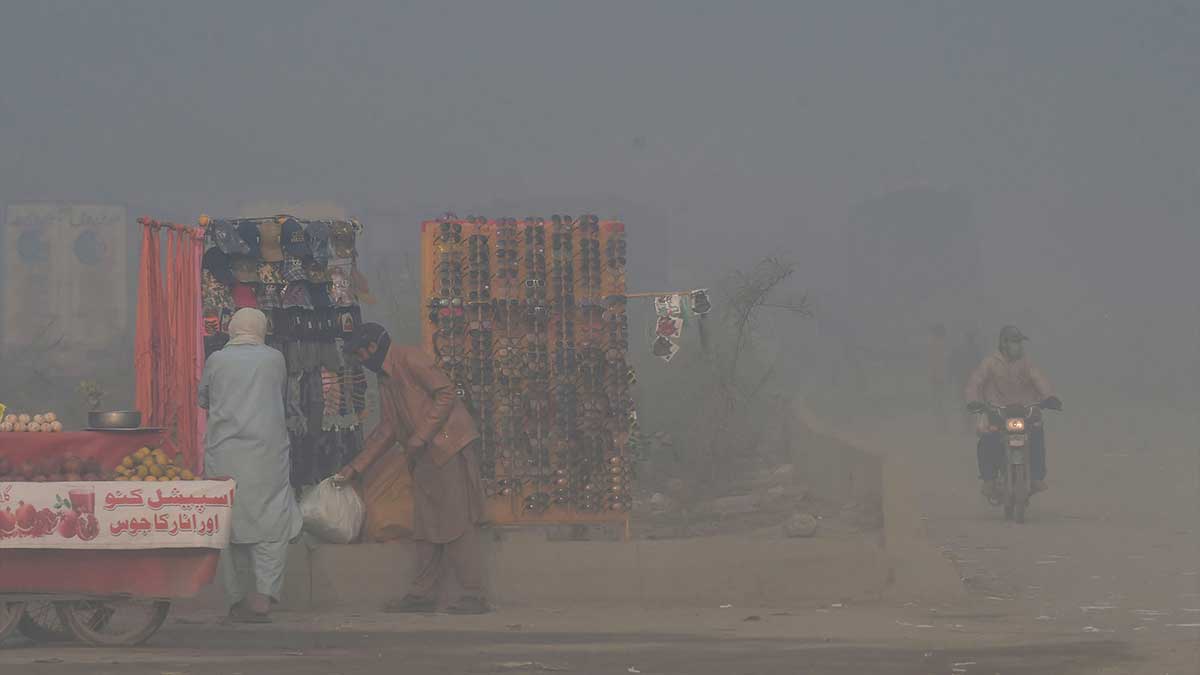 Lahore, the capital of Punjab, has been dubbed the world’s most polluted city due to its poor air quality thanks to pollution and winter weather conditions that combine to shroud the city in smog. Since October of this year, the quality of Lahore’s air has rapidly deteriorated, to the point where it now ranks first among the world’s most hazardous cities.

Lahore’s air quality is now rated 397 by the US Air Quality Index (AQI), indicating significant amounts of pollutants in the air. Smog is the common name for this type of air pollution.

The AQI is a metric that assesses the quality of air in places throughout the world. Values greater than 100 are considered dangerous and indicate the governments that they must act to address the situation.

In recent years, pollution has grown to dominate much of Pakistan’s winter season. Smog and fog are sometimes confused; however, the two are fundamentally different but are caused by the same phenomenon.

Read more: Pakistan mulls over use of cloud seeding drones for rainfall to deal with smog

The AQI is similar to a thermometer that ranges from 0 to 500 degrees Fahrenheit, except instead of displaying temperature changes, it displays changes in air pollution. AQI scores of 100 and below are generally regarded as good. When the AQI exceeds 100, the air quality is considered unhealthy.

Pakistan’s AQI has fluctuated between 150 and 350 in recent years, but it is now approaching 400 this year. People should wear masks, wash their hands and face as soon as they return home from outside, and use humidifiers, according to the authorities. At the same time, since October 6th, open crop burning, the leading cause of smog, has been prohibited and declared illegal under Section 144.

Smog has a negative impact on the agriculture sector in addition to threatening people’s health. This problem has been exacerbated by rapid industrialization, smoke from factories and mines, massive deforestation, and the planting of the wrong tree species. In addition, the problem has been complicated by the lack of rainfall and low wind speed.

To combat this expanding threat, the current government has developed essential policies. Rapid forestation efforts are commonly regarded to be beneficial, and as a result, a number of planting campaigns have been launched around the country.

In addition, Prime Minister Imran Khan has urged the use of the Miyawaki Method of tree planting in Lahore to combat smog, and has announced the establishment of 51 urban forest locations in the city. In addition, as the tourism industry grows, more focus has been put on ensuring sustainable eco-tourism practices.

However, as air quality continues to deteriorate, it is believed that the situation will only worsen and persist, necessitating more collective effort.

These strategies will need to be dynamic in order to put the country on a better track to recover from climate change. Several countries, including Europe, have recommended a complete prohibition on the use of cars that do not have a hybrid engine, as well as fines for obsolete cars. In addition, open crop and waste burning are prohibited by law, and factories are subject to emission caps in order to reduce net emissions.

These are some of the most common causes of urban smog, and they must be addressed in order to improve the overall air quality situation.

However, there are a few strategies and home cures for individuals in Lahore to protect themselves against smog and its harmful effects on their health.

The following are some helpful tips for avoiding smog:

If you have a dry cough, irritated eyes, or chest congestion that lasts longer than three days, you should consult a doctor because there are several viruses in the air that have very similar symptoms. Furthermore, as the winter approaches, there are concerns that cases of coronavirus infection will rise in conjunction with smog-related health problems. It’s advisable to wear a mask at all times, keep a safe distance from others, and wash your hands frequently.