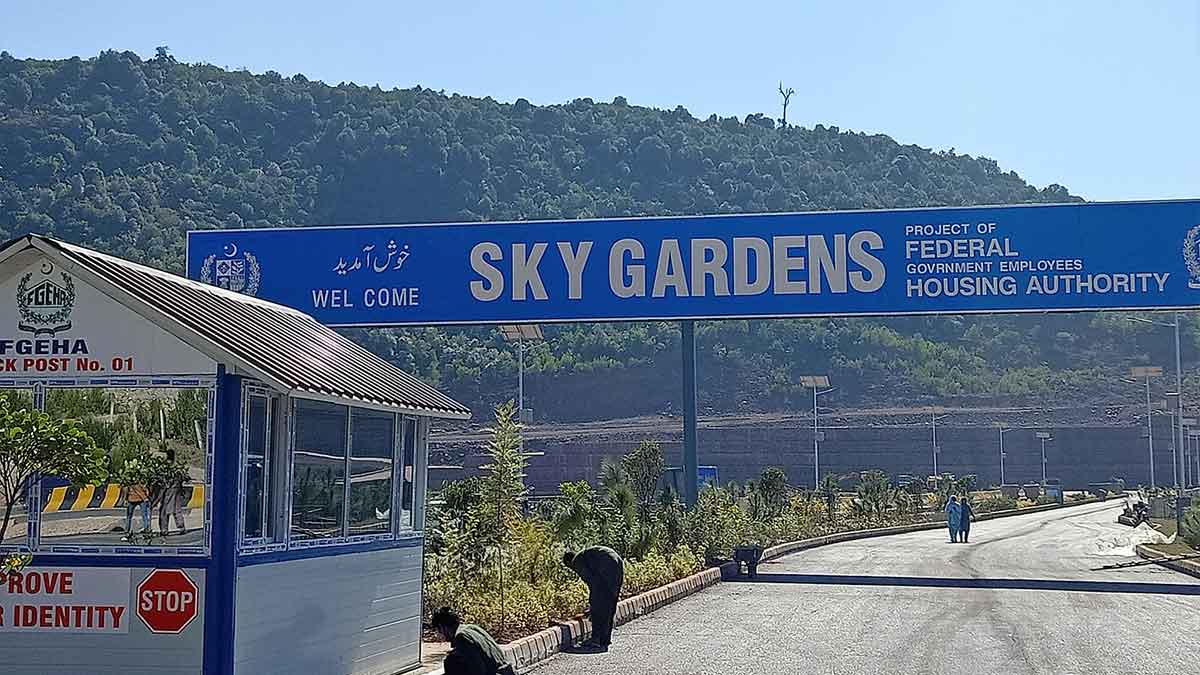 The minister for housing, Maulana Abdul Wasay, has inaugurated Sky Gardens residential scheme for the federal government employees along the Murree Expressway, promising the provision of required funds for it.

During the project launching ceremony, Maulana Abdul Wasay stated that around 5,000 federal government employees would be allotted the plots in the stalled project at subsidized rates, according to the sources.

The minister added that the Federal Government Employees Housing Foundation Authority (FGEHA), which had been tasked to execute the initiative with the association of the Sky Garden, was made to fulfill the basic residential needs of government employees.

“People will be able to get affordable housing facilities in this government housing scheme by paying a small amount,” he remarked.

The minister said that the Sky Gardens housing project along Murree Expressway was postponed for an extended period of time but now it would be completed in the shortest possible time as the government has vowed to provide the required funds for it.

In addition, the minister also announced a quota for journalists and lawyers in the scheme during the meeting.

Meanwhile, Housing secretary Iftikhar Shilwani stated that the project was suspended for a long time but it had to go ahead now.

Addressing the meeting, Chaudhry Ismail, the joint venture partner of the housing scheme, remarked that today we got to see the day we were waiting for. “We want to complete this project as soon as possible, we went out of the way and housing authority supported, we wish to provide developed plots to the housing authority members,” Ismail added.

Sources further revealed that Ismail said he had clarified to the housing authority that his company would not accept mobilization advance payment till the start of the work. A total of 7,000 kanals of land had been purchased for the project and 5,000 employees would be allotted plots, FGEHA Director-General Tariq Rasheed said.