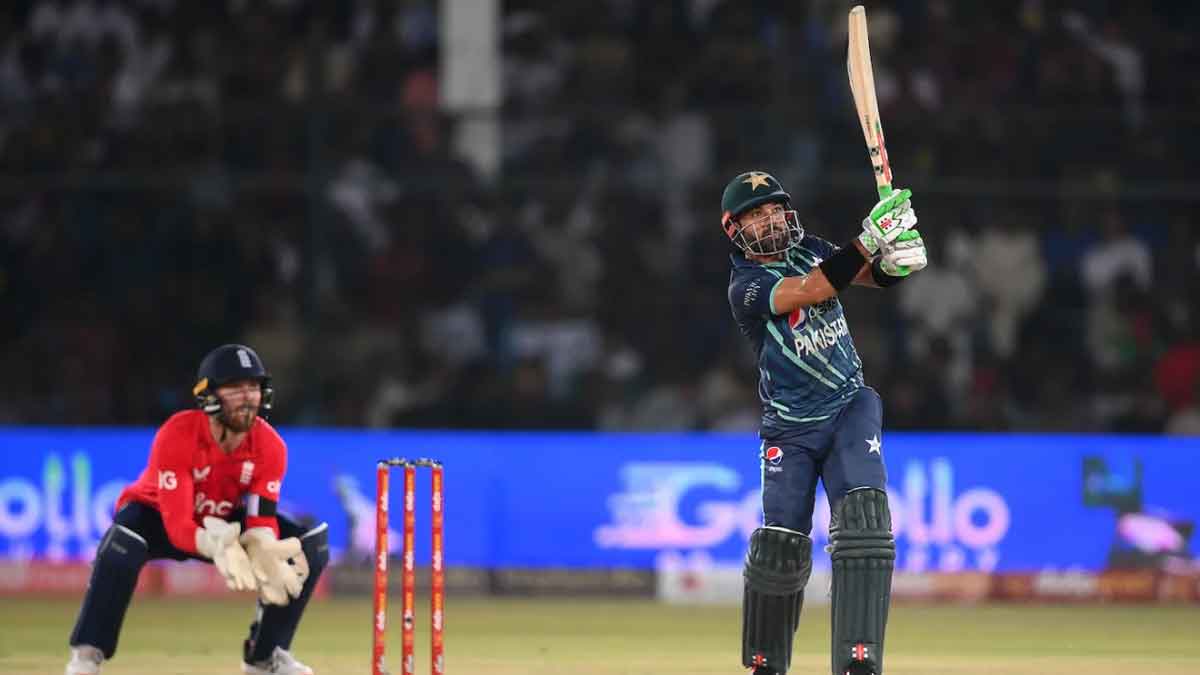 Pakistan is hoping to put up a good all-round show, particularly with the bat, and level the series when they take on England in their second T20 today.

“Our batters need to step up,” Babar said after the loss. “The way we played the first Powerplay was great. After 10 overs, there was a swing of momentum, which you have to credit England for. We didn’t have enough big partnerships.”

The English team won the first T20 match by six wickets on Tuesday in Karachi, capping their 17-year absence from Pakistan in an unforgettable style.

After a three-year absence, opener Alex Hales scored 53 runs in his first international match to lead England’s pursuit of a manageable 159-run total in 19.2 overs.

At a packed National stadium, Pakistan’s opening batsman Mohammad Rizwan helped his team reach 158-7 in 20 overs after England had invited them to bat.

With the victory, England now leads the seven-match series 1-0.

In order to demonstrate support for those affected by the floods in the country, Pakistan’s players wore a special uniform for the match on which their names and numbers are displayed submerged in water.

Read more: England Cricket team in Pakistan for the historic tour after 17 years

As a mark of respect for Queen Elizabeth II, who passed away earlier this month, England’s players wore black armbands.

Hales, who was brought in after Jonny Bairstow’s injury took him out, hit seven boundaries and shared 55 runs with Harry Brook, who finished with 42 not out, for the fourth wicket.  Brook hit seven boundaries in a solid 25-ball innings who is one of seven England players competing in the Pakistan Super League this year.

Rizwan once again held up Pakistan’s inning in the first T20 match.

After England won the toss and decided to field, Rizwan, who had scored the most runs in the Asia Cup earlier this month (281), added 85 runs for the first wicket with skipper Babar Azam (31).

In spite of Iftikhar Ahmed’s 17-ball 28, which included three sixes, Pakistan only scored 71 runs in the final ten overs while losing six wickets.