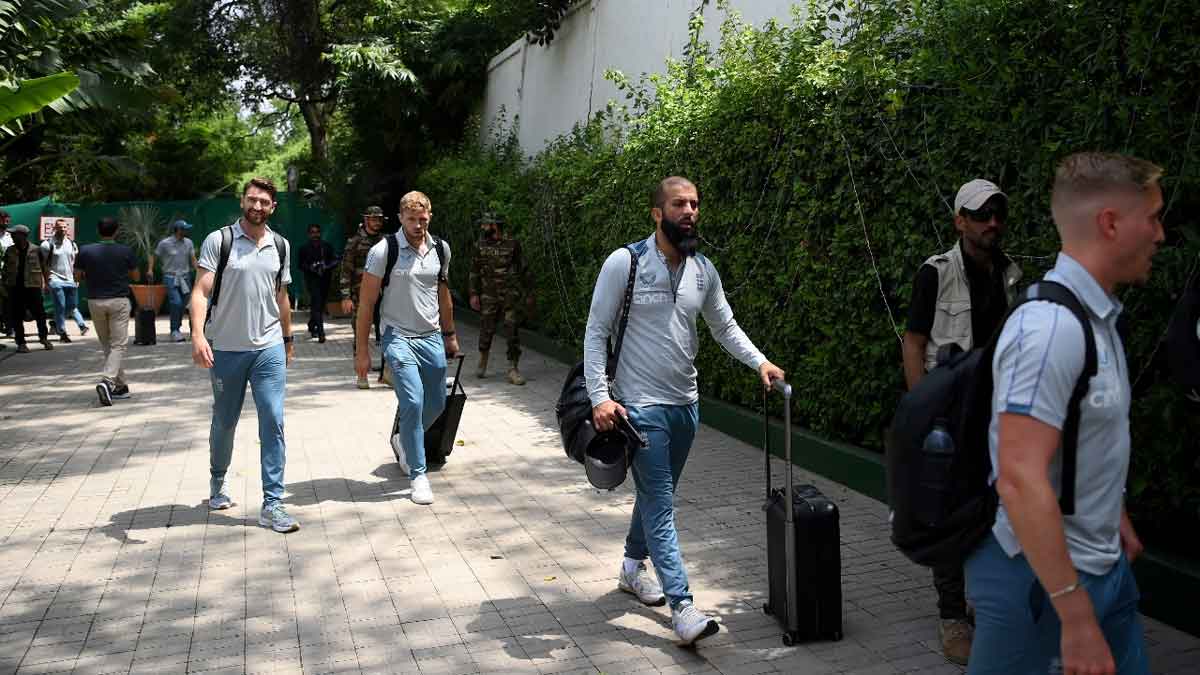 According to sources in civil aviation the England cricket squad has arrived in Karachi on a Thursday morning via Emirates flight through Dubai to mark the historic tour of Pakistan.

According to police officials, the visiting team was subjected to severe security measures during their transfer from the Karachi airport to the hotel.

According to sources, the National Stadium has finished its preparations. The sources continued, “Four pitches have been prepared for the series on the ground.”

At 2pm, England’s team captain Joss Buttler is anticipated to give a press conference.

On September 16, the visiting team will begin practising at the National Stadium.

Schedule Of England Tour of Pakistan