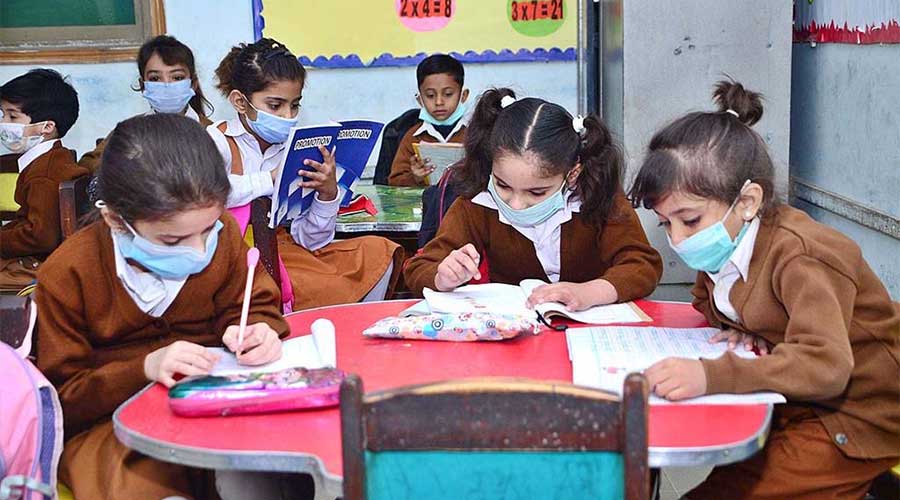 Ministry of Federal Education has authorized private publishers to publish books for primary classes by following the single national curriculum (SNC). As per the Ministry, the SNC books will be taught at the primary level for pre-1 to grade 5 students starting from August 2021.

A press release issued by the ministry reads, “On the direction of Education Minister Shafqat Mahmood, Ministry of Federal Education and Professional Training has issued a letter to all provincial and area governments regarding Single National Curriculum Textbook Policy today.”

According to the policy, textbooks aligned with Student Learning Objectives (SLOs) prescribed by SNC, would be allowed to develop by the Private Publishers.

In this regard, the policy says that publishers will need a no-objection certificate (NOC) issued by the provincial textbook board. The board will make sure anti-Pakistan, anti-religion or any other controversial content is not included in the books.

Moreover, the ministry has advised all textbook boards to exercise due diligence to ensure that private publishers are producing textbooks, in line with the objectives of SNC and there are no cumbersome administrative complications in the issuance of NOCs.

Concerned authorities have also been informed that the new academic session will now begin in August 2021 as the examination dates had extended and now will be held in May-June.

In consultation with provincial governments and other stakeholders, the ministry developed the SNC for primary students, which will be followed by public and private schools across the country from the next academic year. Also, the National Curriculum Council has also developed model textbooks aligned with SLOs prescribed by SNC.