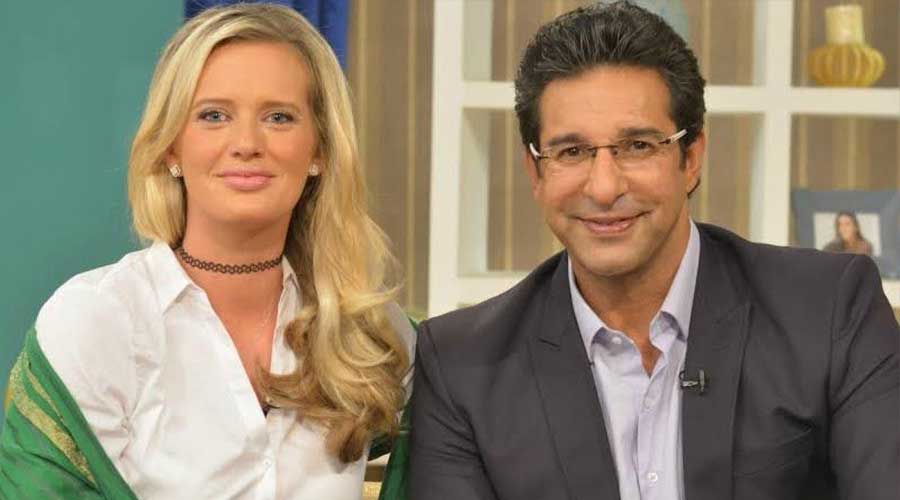 Wasim and Shaniera Akram have expressed his disgust and anger towards those who torture and abuse children by highlighting a recent child abuse case on Twitter.

The Akrams have always been highlighting the societal issues and especially the abusive issues which point towards children and women. This couple is at the forefront of highlighting the grave issues that plague Pakistani society. The duo, once again took to social media protesting the treatment of an eight-year-old repeatedly abused by his own father for not gathering enough income in a day.

Ilham, one of five siblings who is facing the brunt of child labor, is a victim of physical blows and electrocution when unable to sell the desired amount of chatai (mats) that has been asked of him.

Waseem Akram took to twitter and posted, “In my book, the lowest form of life on this planet are those who hurt and torture children,” Wasim posted, visibly upset at the condition of the child.

“This video is absolutely heart wrenching to watch. The one man who was meant to protect this little boy, became only thing he feared the most. I’m sick to my stomach,” the former cricketer declared.

In the response to the post, Mrs. Akram also tweeted about child abuse, “Every child is a blessing from God. Those who abuse these innocent gifts of life, are the purest form of evil!” she said.

A few days back, Shaniera for being the activist who speaks against societal issues, supported the idea of small and simple marriage events rather than spending a heavy amount.

She talked about events which can be celebrated in a small gathering should remain small by tweeting, “I understand that in the past big weddings were a thing.But we are mid pandemic,why not take the opportunity & use this time to your advantage,keep it small,save lives & save some money.People will understand I promise.I had a very small wedding,Its ok,We survived, You will too!”