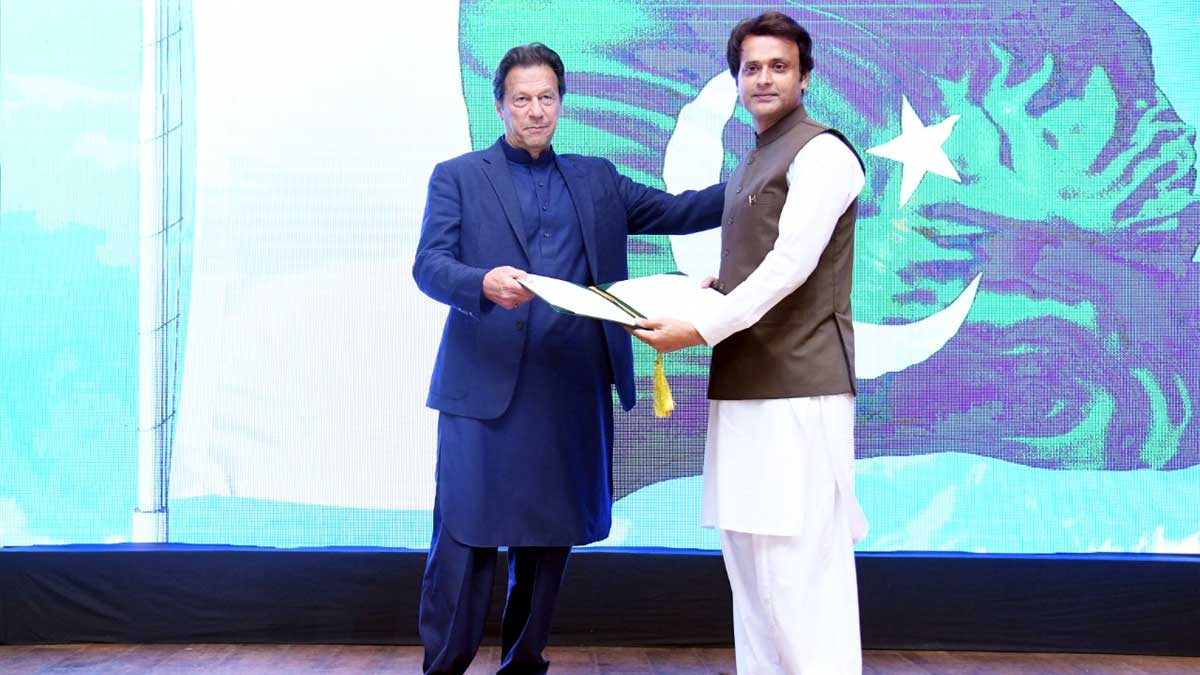 Prime Minister Imran Khan on Tuesday presented Malik Adnan – the man who tried to save the life of his Sri Lankan colleague while he was being lynched in Sialkot last week – with letter of appreciation.

A ceremony was held at the Prime Minister’s Office in Islamabad in memory of the Sri Lankan citizen Priyantha Kumara who was killed in Sialkot by mob after being falsely accused of blasphemy in which Prime Minister Imran Khan was also present.

“I am happy today, after such a tragic incident, [to have among us] a man who made us all proud, the way he tried his best to save [Priyantha’s] life,” the premier said.

“I hope this incident would be a turning point for the nation and will change the thinking of the whole of Pakistan, because the future generation will be better nurtured if the mindset changed,” Malik Adnan said to media after the ceremony.

Prime Minister Imran Khan had also proclaimed that the Tamgha-e-Shujaat (Medal of Bravery) will be given to Malik Adnan.

According to the video clips of the instance broadcasted on social media, Adnan was seen opposing a crowd of angry men and trying to save Priyantha Kumara, but in vain.

Among the mob, some of the people were heard chanting slogans and saying “he (Kumara) will not escape today,” whereas Adnan tried hard to protect the manager with his body who stuck to the man’s legs.

The workers later beat Adnan and pulled the Sri Lankan out on the road and tortured him with kicks, stones, and iron rods, slaying him on the spot. Afterward, the mob set the body on fire.

In a tweet, Prime Minister Imran said: “On behalf of the nation I want to salute [the] moral courage and bravery of Malik Adnan who tried his utmost to shelter and save Priyantha Diyawadana from the vigilante mob in Sialkot.”

Moreover, the premier tweeted that Adnan had imperiled his own life “by physically trying to shield the victim”, adding he would be privileged with the Tamgha-e-Shujaat.