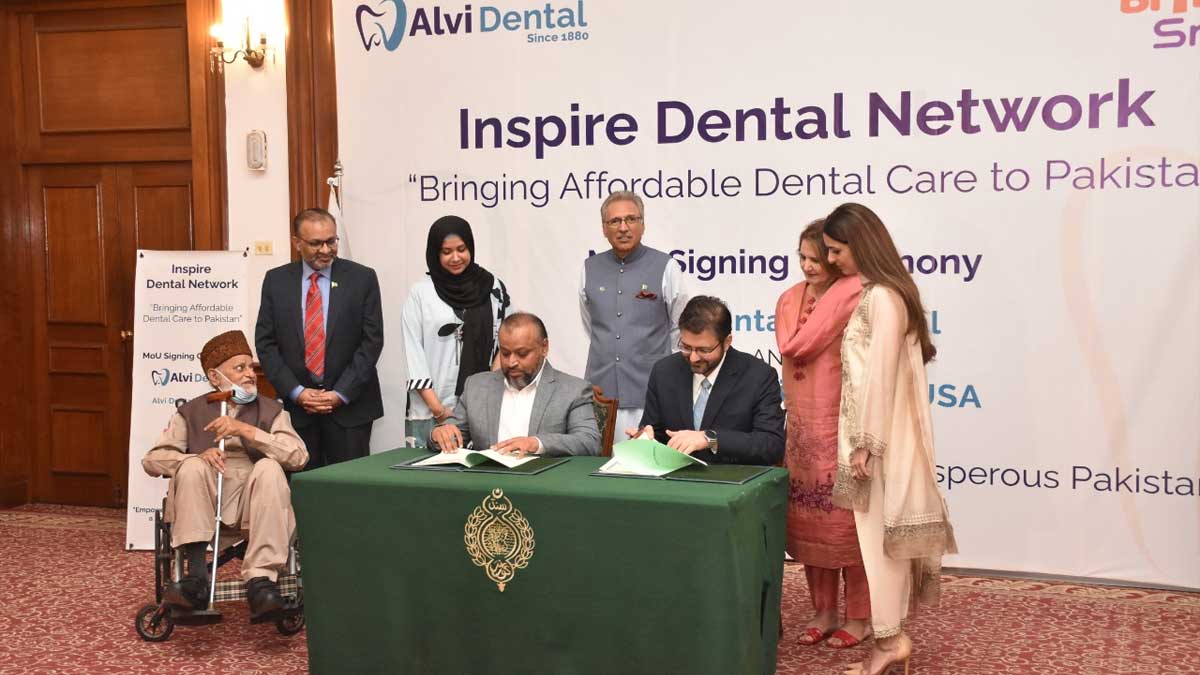 Dr. Awab Alvi, son of President Dr. Arif Alvi, said approving a $25 million Memorandum of Understanding (MoU) among the Alvi Dental Clinic and Bringing Smiles USA to start a series of dental practices to Pakistan is not a case of conflict of interest.

Dr Awab Alvi told the media that the president of Pakistan has now nothing to do with the clinic as he gave the resignation from it after becoming the president. “I am its sole proprietor.”

When highlighted that a snap has also been attached with one of his tweets that presented the president, the first lady, and others countersigning the MoU signing ceremony, Dr. Awab replied that the parents have to be in presence to share joyous and sorrowful times of their children.

Moreover, Dr Awab was communicated that the president’s attendance had its own weight when his son was signing the MoU, to which he replied this was a “negative connotation, spin”. Though, he rapidly understood his out-of-place remark and lamented it when pointed out that what he requested was his flight of imagination. He spoke the idea should be praised.

In a series of tweets, the son also said: “the President resigned from Alvi Dental when he became President This venture is between me & my Pakistani US diaspora dentist-alumnus friend President encourages all startups much smaller than ours & is on record to have hosted a startup in dentistry at Presidency last yr .. and he continues to support any startup which helps Pakistan His love for dentistry will not end whether it is toothbrushing directions from the Presidential office or his effort for international standard quality dental care in Pakistan…The venue originally selected was Alvi Dental but to avoid inconvenience because of security to APS school right next to us, it was changed. In retrospect, we could have avoided it But any catering that was done was paid by me personally”.