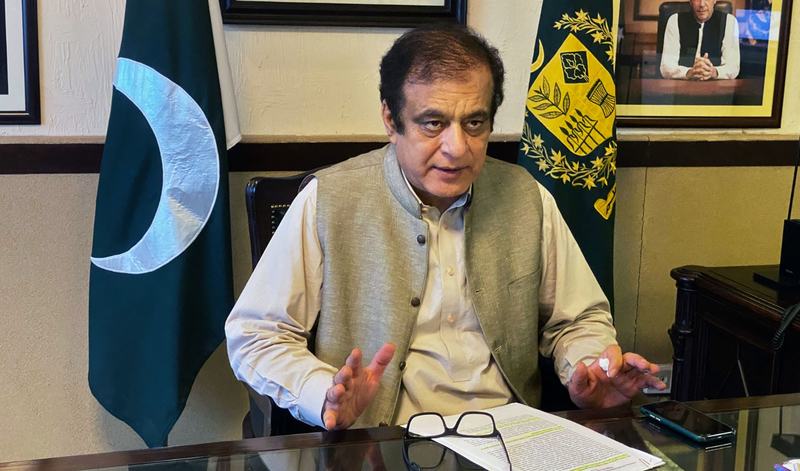 Information Minister Shibli Faraz says the government should not set restrictions on media content, as regulatory authorities continue to ban applications and drama serials for the production of indecent content.

On Monday, Shibli Faraz while talking with Arab News said that banning entertainment drama serials and applications should not be the concern of regulatory authority and there should be no restriction, he added that the entertainment industry should adhere to the “norms and standards of [the] family system in Pakistan along with religious restrictions and guidance”.

He further said rather requested that it was important that the local audience be familiarised with “historical heroes of this region” through films.

“We need films on and around the lives of historical heroes of this region, so that cinema becomes not only a source of promoting our history but also an inspiration for youth,” said Faraz.

Prime Minister Imran Khan has also stressed the point on several occasions and last year he had made a special request to the state-run Pakistan Television to air the Turkish serial Dirilis: Ertugrul so that “our children and youth know what our culture is”.

In the same vein, Shibli said that television and movies content should not “damage our religious and cultural standards”.

Just last month, PEMRA banned the telecast of dramas Pyar Kay Sadqay and Ishqiya, which aired on HUM TV and ARY Digital respectively, for content “against social and religious values”. Then a few days later, PEMRA warned the advertisement makers to refrain from using themes and content which do not correspond with the nature of the product being marketed

“The issue is that if something is used in a wrong way, everyone related to it has to face the consequences,” he said. “I don’t think that the entire content on the app was inappropriate.”

“But before reopening the app, the government wants to make sure that there is a certain mechanism that barred the objectionable content from the reach of everyone.”