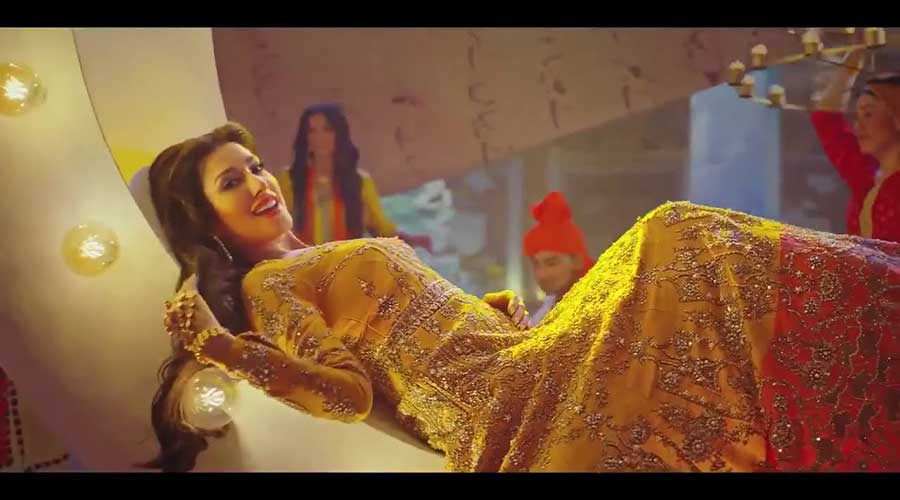 On 5th October, the Pakistan Electronic Media Regulatory Authority (PEMRA) issued an advisory for broadcasters and advertisers urging them to refrain from using themes and content which do not parallel with the nature of the product being marketed.

The PEMRA who had been observed giving warnings or issuing an advisory for the last few months, this time called upon broadcasters, advertisers to review the Gala biscuit ad for which, multiple complaints are being received. In an issued advisory, the authority said that the content of ordinary consumer products like biscuits and detergent, being aired on TV channels was not conforming to the nature of the product.

PEMRA mentioned the complaints of social media users who expressed annoyance towards the advertisement of GALA biscuits, starring actress Mehwish Hayat that has been running on TV channels.

“The trend is causing/promoting unrest and behavioral disturbance among viewers being not only in violation of commonly accepted standards of decency but also socio-cultural norms of Pakistani society,” Pemra stated, adding that viewers were criticizing the regulatory body on social media for allowing satellite TV channels to air such “indecent advertisements”.

“Viewers are of the view that airing advertisements regarding general consumer products in such a bizarre manner […] is unwarranted and needs to be looked into. In addition, complainants are of the opinion that the presentation of products in such a manner is wittingly or unwittingly merely aiming to promote consumerism which also requires due consideration by all stakeholders.”

Further stated, “All stakeholders are further advised to stop the rampant use of themes/content which do not corresponding with the nature of the products.”

The starter of the Gala ad controversy, Ansar Abbasi, columnist/Journalist termed the advertisement as Mujra and called upon Pemra to take action against it. Replying to the journalist’s tweet, Minister of State for Parliamentary Affairs Ali Muhammad Khan added,

“PM @ImranKhanPTI Sahb is totally against such anti Islamic stuff on media which is against our cultural norms & has damaging effects on our youth. No place for such absurdity in an Islamic state, which was made on the Kailma Tayyaba.”