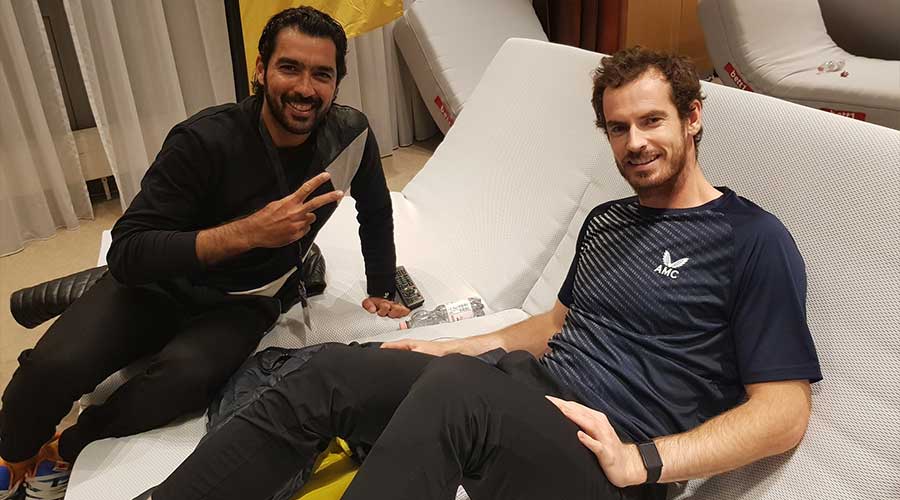 Many top sports stars have rallied behind Aisam-ul-Haq for #StarsAgainstHunger movement in order to support his relief efforts for those affected by the coronavirus pandemic in the country.

With the collaboration with the Rizq Foundation, Pakistan tennis star started the campaign which was joined by local along with international stars. Athletes shared their memorabilia for the “Stars Against Hunger”.

As per the Pakistani tennis ace, these memorabilia will be auctioned to raise funds to provide rations to the needy people who are most affected by the lockdown imposed by the government to prevent the spread of coronavirus.

The tennis star also said that he is trying to get to Rs 35 million by auctioning the items which were worn or used by top athletes so that he can distribute 10,000 ration bags.

Participating in the auction, the world’s finest tennis star Roger Federer donated his shirt and shoes for this noble cause. The shirt was worn in the Wimbledon 2016 semifinals against Milos Raonic. The pair of shoes donated by the tennis greatest were worn at the Cincinnati Master 2011, where he entered in the event as a defending champion.

The Spanish tennis star Rafael Nadal also shared his shirt. The shirt features Rafael Nadal Academy’s official logo and he wore it during the practice session of the French Open 2018.

The Serbian tennis star and currently the world’s number 1, Novak Djokovic shared the shirt which was worn by him while playing the Australian Open final match against Andy Murray. British tennis star Andy Murray, the Olympic gold medalist, donated his signed shirt.

Apart from that other athletes Grigor Dimitrov, Stefanos Tsistsipas, Sania and Daniil Medvedev also shared their racket for the cause.