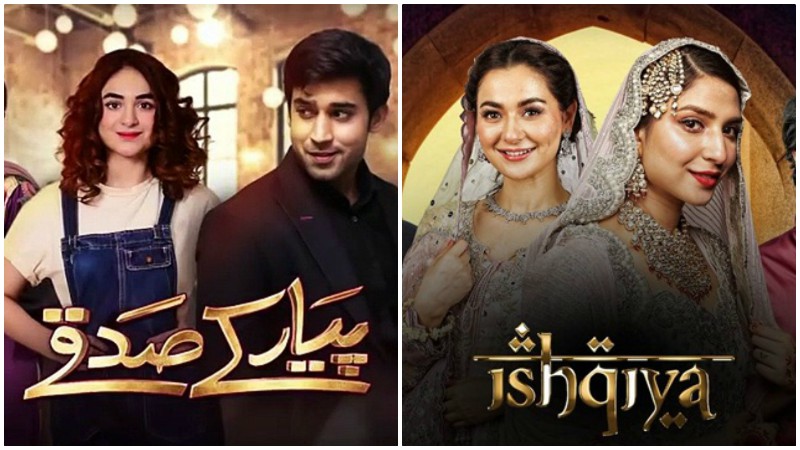 After the recent notice to ban repeat showing of dramas Pyar Ke Sadqay and Ishqiya, Pemra has put an immediate ban on the ARY Digital’s drama Jalan for going against the “social and moral ethics of Pakistani society”.

Pyar Ke Sadqay is another Hum TV serial that is the most liked and watched one but the character of Omair Rana was standing up close to the heroine, his one-sided love interest turned daughter-in-law and threatening her to agree to “his terms”. The one-sided love with the daughter in law is also a mockery of our conservative society as this is the most unacceptable relationship near everyone that HUM preferred to show.

In the ARY digital drama serial Ishqiya, Feroz Khan’s character seemed threatening who was the real torture for his ex-girlfriend turned sister in law may have disturbed some, but such scenes have been part of Khan’s USP. He has always been seen in the characters that seem threatening heroines of the serial like Khaani and Gul-e-Rana. Pemra dramas Ishqiya Jalan. His character is usually satire but not even his single drama is low rated one. Khaani is one of the serials that had the highest ratings of its time.

ARY drama serial Jalan has been completely banned for producing obscene content where the sister in law is extremely crazy for her brother in law. Outrage against the drama’s plot about an illicit affair between a man and his sister-in-law has been brewing on social media ever since the drama began airing.

According to a notification issued by the authority, the action was taken under Section 27 of the Pemra ordinance. “Viewers are registering their complaints in this regard on the citizen’s portal and to Pemra via the authority’s social media accounts and its call center.”