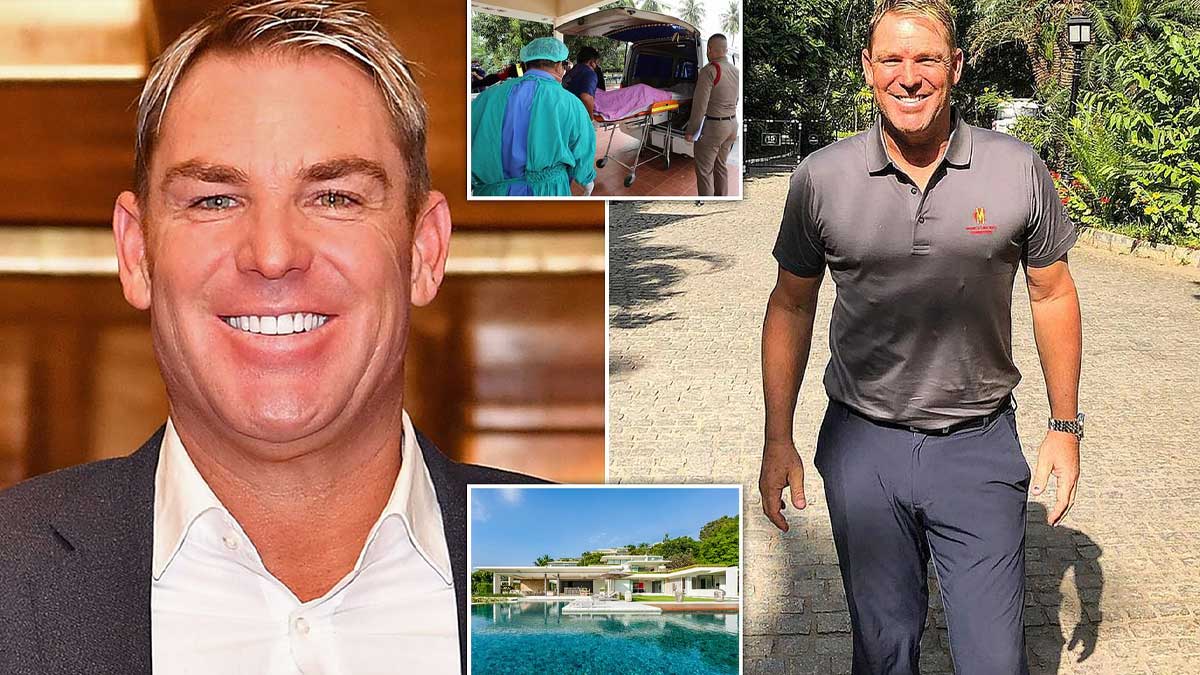 Shane Warne had just completed a 14-day ‘extreme’ liquid diet in an attempt to slim down before he tragically died of a suspected heart attack while holidaying in Thailand last Friday.

The Heart Foundation’s chief medical advisor Professor Garry Jennings has stated that there is a risk that the heart could be put under extra strain by very low calorie diets in certain conditions.

Warne previously mentioned he had tried ‘traditional Chinese medicine’ for his weight loss and his family said he would regularly go on ’30-day fasting tea diets’ as he battled his weight over his career.

Shane Warne died in Thailand of a suspected heart attack, according to Thai authorities.  Warne was discovered by friends staying at the same property, who attempted but failed to save him, according to authorities.

“Shane was found unconscious in his villa and despite the greatest efforts of medical staff, he could not be revived,” his management team said in a statement.

Earlier, Rod Marsh, the former Australia wicketkeeper, died of a heart attack at the age of 74, and Warne paid tribute to him on Twitter on Friday.

Despite just playing seven first-class games, Shane Warne is widely regarded as one of the best bowlers in cricket history, having made his Test debut against India in Sydney in 1992.

In Share Warne’s Test debut in Ashes series, Warne clean bowled Mike Gatting with his first ball of the series, and his first ball in England, with a delivery that became renowned as the “Ball of the Century.”

He collected 34 wickets in the series and 73 wickets in 1994, a record for a spin bowler, and he was named one of the Wisden Cricketers of the Year in 1994.

He took his only Test hat-trick against England in the Ashes in 1994-95, taking 10 wickets for the first time in his career against South Africa at the Sydney Cricket Ground.

Shane Warne was suspended from cricket in 2003 after testing positive for a prohibited drug, although he was awarded Wisden Leading Cricketer in the World after his return in 2004.

Warne played domestic cricket for Victoria in Australia and Hampshire in England as well. Between 2005 and 2007, he captained Hampshire for three seasons.

He had over 3,000 Test runs as a lower-order batsman, in addition to over 1,000 wickets in international cricket.

Along with Glenn McGrath, Damien Martyn, and Justin Langer, he retired from international cricket after Australia’s 5-0 Ashes series triumph over England in 2007.

After a brilliant career in which he collected 708 Test wickets in 145 matches, Warne retired from international cricket in 2007.

In 2007, Warne retired from international cricket, but he kept playing Twenty20 cricket for various clubs until 2013.

Following his retirement, the spinner engaged as a cricket commentator and coach.

In 2013, Warne was inducted into the International Cricket Council’s (ICC) Cricket Hall of Fame.