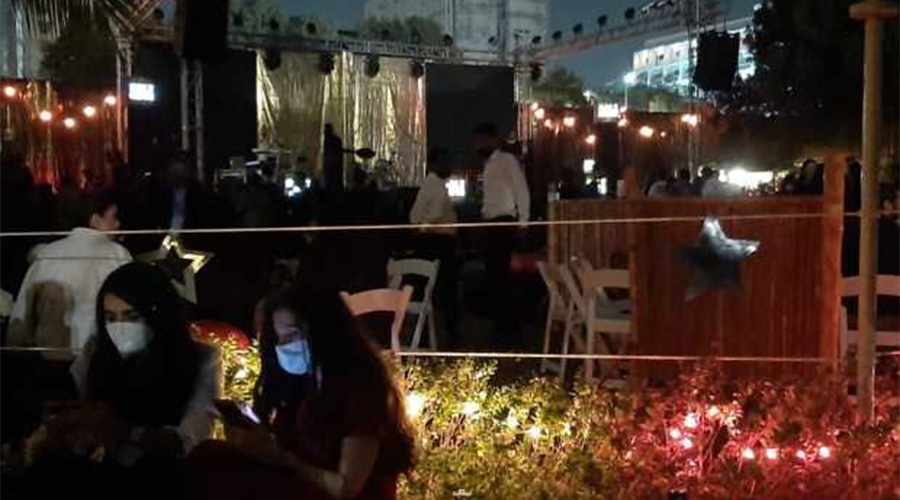 Shamoon Ismail was all set to be back on stage this weekend for a performance at Karachi Avari towers. The singer was welcomed whole-heartedly by an enthusiastic crowd but it was brought to an abrupt halt by the police and commissioner Karachi officials.

A police team led by Saddar Assistant Commissioner Sherina Asad arrived at the hotel and stopped the concert midway. A fine of Rs 100,000 was imposed on the organisers as well.

Event was shut down timely due to violations of #COVID SOPs https://t.co/yTnN2F49s8 pic.twitter.com/olPhgCzMQ9

Sohaib Lari of the Big Foot Music, who was playing bass for Shamoon Ismail that night told media, “We were already six tracks into the performance when we were told that we have been asked to stop the show,” he recalled.

Lari added the show went on for a couple of hours. “We got on stage around 8:15, after the DJ was done with his gig. Around 9pm, we were asked to get off of the stage and leave the premises as well. There was police and all we could hear was ‘band karein jee, issay band karain’ (shut this right now). So, we had no other choice but to end the night.”

The singer, later, took to Instagram and spoke on the matter too. Shamoon Ismail shared an Instagram story, writing, “Unexpected end to a great vibe.” He added, “K-town fam, love you forever!”

While the organizers didn’t address this, they went on to give out an official statement on the matter. Taking to Instagram, Salt Arts shared, “Last night, Salt Arts produced its 103rd show since its inception in 2015, featuring artists Shamoon Ismail and SIDD. The show was held at the Avari Towers poolside. All permits had been secured well in advance and the teams remained in touch with relevant departments, before and during the day of the event.”

The statement further adds, “The show was abruptly closed by authorities at 9:15, without any warning or dialogue. Salt Arts respects regulations and we have always communicated the same to our audience and constantly seek cooperation.”