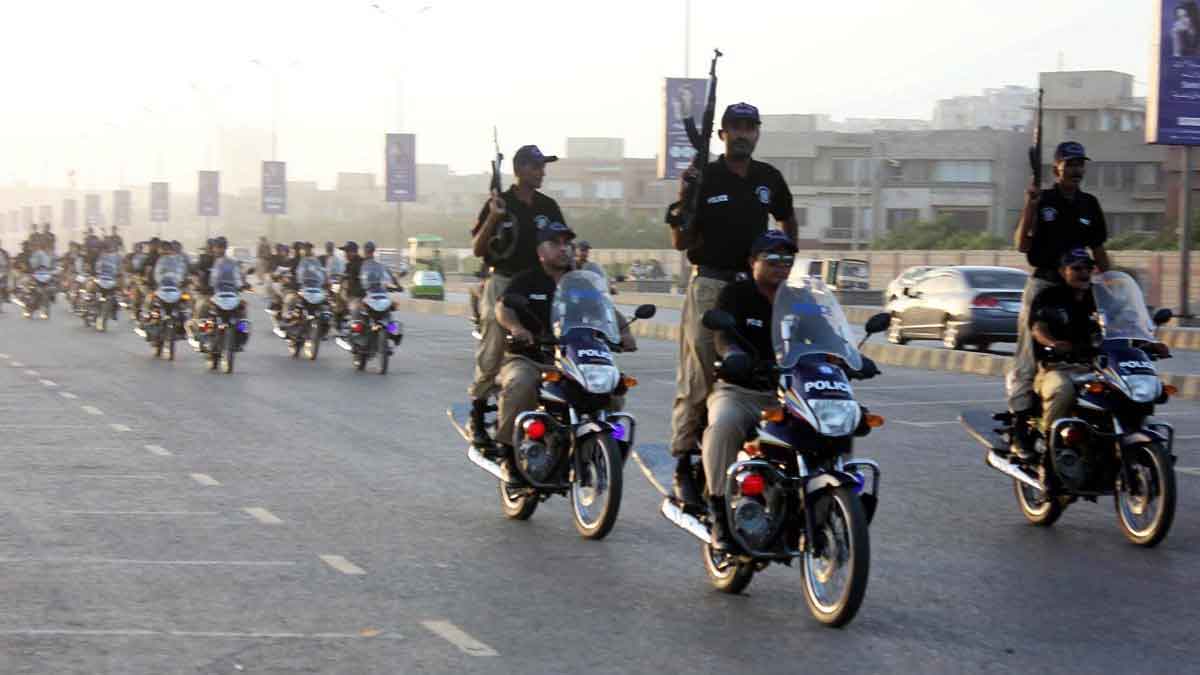 To combat increasing street crime, Karachi’s additional inspector general of police announced the launch of a ‘Shaheen Force’ as the metropolis is passing through an alarming rise in the threat of street crime, as eight citizens fell prey to the bullets of muggers during the first four days of September.

According to the details, three station house officers (SHOs) have been suspended in District Korangi due to their failure to control street crime. The initiative to launch a new police force was taken during a meeting on Monday. Karachi police chief Jawed Alam Odho informed the meeting that the Shaheen Force would comprise around 200 cops, including the sharpshooters.

The force will be tasked to prevent street crime and its members will be deployed on Karachi streets within a couple of days, the police chief said, adding that they will be given modern weapons and radios to immediately respond to situations. The Shaheen Force cops will chase muggers and fight them.

Read more: Here is how e-tagging of street crime suspects will work in Karachi

The media reported that during the first four days of September, eight people have been killed, however, law enforcers could not arrest the culprits. Two citizens were gunned down by muggers in Korangi, teenage factory worker Talha was shot dead in Korangi Industrial Area, and Zeeshan, who returned to Pakistan after completing education abroad, was murdered in Gulistan-e-Jauhar in front of his wife and children. Moreover, three persons were killed in Orangi Town while another citizen, Tayyab, was shot dead in Liaquatabad.

Meanwhile, despite tall claims made by police high-ups regarding the restoration of law and order in Karachi, the metropolis continues to be a haven for criminals who kill and wound its residents on daily basis and snatch their hard-earned money besides cars, motorcycles, and mobile phones on the streets and roads and even at their doorsteps.