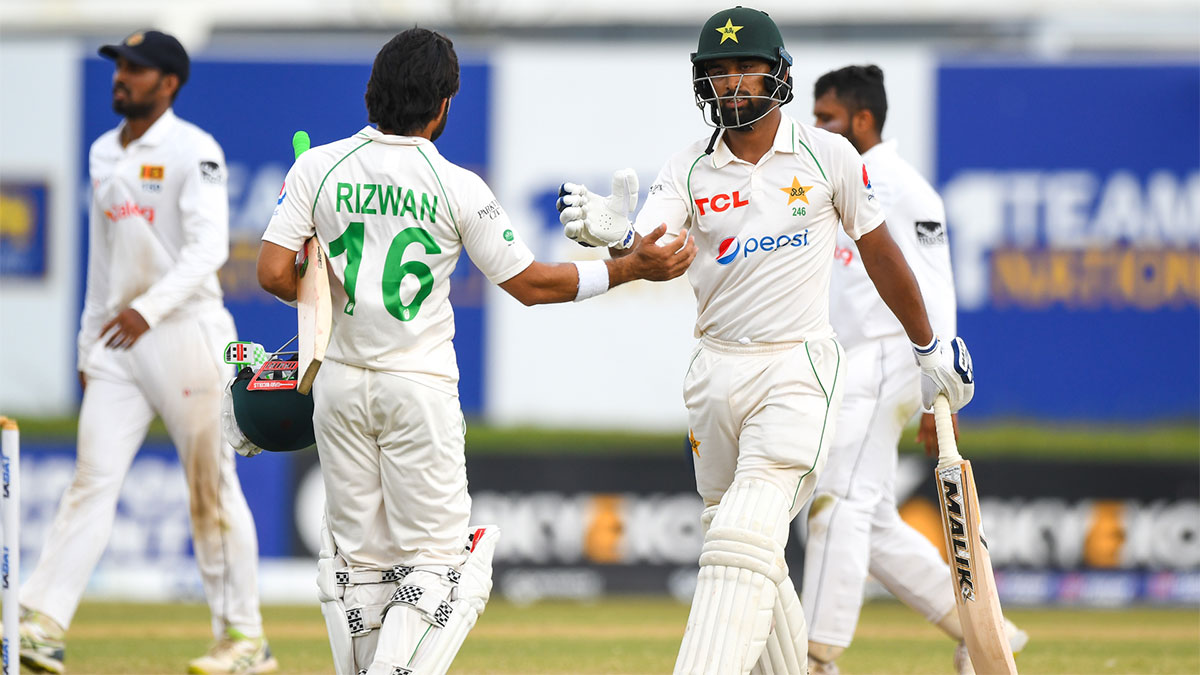 Wednesday’s dramatic opening Test between Pakistan and Sri Lanka was won by the Pakistan after Abdullah Shafique scored an outstanding 160 to lead Pakistan’s record-breaking 342 run at Galle.

The opener completed his incredibly stressful performance by scoring the decisive runs in the closing session of day five, screaming for excitement and pumping his fist as Pakistan won by four wickets to take a 1-0 series lead.

The visitors beat the previous best chase in Galle of 268 by Sri Lanka against New Zealand in 2019. Left-arm spinner Prabath Jayasuriya had a match total of nine wickets, but his efforts were in vain.

Shafique, 22, impressed with his second Test century. He formed significant partnerships, such as a 101-run third-wicket stand with captain Babar Azam, who scored 55 after scoring 119 in the first innings on a challenging pitch.

Azam explained the difficult victory by saying, “We know how to play spin, so we believed.” “Abdullah Shafique and I were just attempting to establish a partnership when we were batting. He proved his class.”

The player of the game, Shafique, said: “although in the start it was difficult, but it became simpler with time. One of the best in the world is Babar. We have gained a great deal from him. It was very good to bat with him in the middle.”

After a short rain delay put an end to their onslaught, the unbeaten Shafique finally teamed up with Mohammad Nawaz, who was still not out and scored 19 runs, to carry the visitor’s home. Before returning for the third session in Galle test.

Shafique overcame three dropped catches—on 70, 135 and 151—but justified his good fortune and performed flawlessly as the anchor as he broke his previous Test record of 136 not out.

After Jayasuriya struck at the start of lunch to dismiss newcomer Salman Ali Agha for 12, Pakistan had little period if unease.

Meanwhile, Hasan Ali was brought up in order to cover the runs quickly but it was backfired as he lost his wicket after scoring five runs.

Jayasuriya piled the pressure, but Shafique resisted. Jayasuriya grabbed 12 wickets on his debut in a series-leveling Test victory over Australia last week at the same stadium, six in each innings.

Mohammad Rizwan began the day with a boundary off Ramesh Mendis and maintained his optimism by taking singles and twos before being bowled out for 40 by Jayasuriya.

When Sri Lanka’s second innings total of 337 was reached, Dinesh Chandimal continued his run of form with an unbeaten 94, his second consecutive half-century, before running out of partners.

Due to the political upheaval in Sri Lanka, the second Test was moved from Colombo and will be played on Sunday at the same Galle stadium.