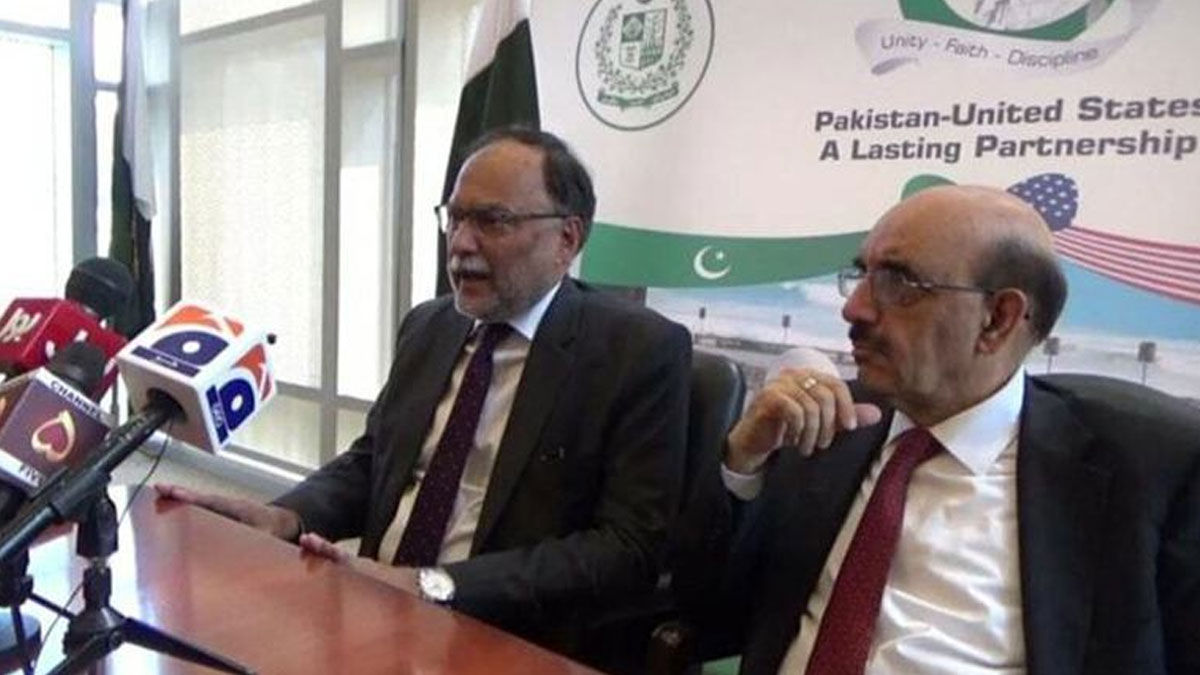 Federal Minister for Planning and Development Ahsan Iqbal revealed the government’s plan for strengthening the national economy and reshaping the relationship with the United States— hours after PTI crushed the governing coalition in the Punjab by-elections.

The minister repeated some of these points during the press briefing in Washington on Monday, telling Americans “a strong partnership with Pakistan serves the interests of both nations.”

His plan for strengthening bonds with the US includes the Pakistani-American community in a way that would need the government to earn their trust. He highlighted this point at the embassy also at gatherings in New York, Washington, and at a doctors’ convention in Atlantic City.

It is pertinent to mention that ‘What he did not say’  or at least the press release issued by the embassy did not explain — is ‘how a government which, at best, with only a year left, can attain these key goals? And how will it win over a community whose sympathy lies with its competitor?’

At the convention in Atlantic City, the public made it clear who it sympathized with as they did not hide their preference for Imran Khan.

Moreover, the slogans they chanted were just the condemnation of the alleged corruption of the current government. They also criticized the unceremonious departure of the PTI government. Some wanted immediate elections whereas the majority also condemned the present rulers for annulling the right to vote for foreign Pakistanis, granted by their predecessors.

The gathering became a shouting match and the managers had to remind the crowd again and again — that “you are educated physicians,” not an unruly crowd.

However, Ahsan Iqbal handled it well. He told the audience that “millions of Pakistanis vote for each of the three major parties, PML-N, PTI, and PPP. So, none of these should be labeled as traitors.”

Appealing for patience, the minister stated that “differing from the views of any leader, Nawaz Sharif, Asif Zardari or Imran Khan, is neither treason nor blasphemy.”