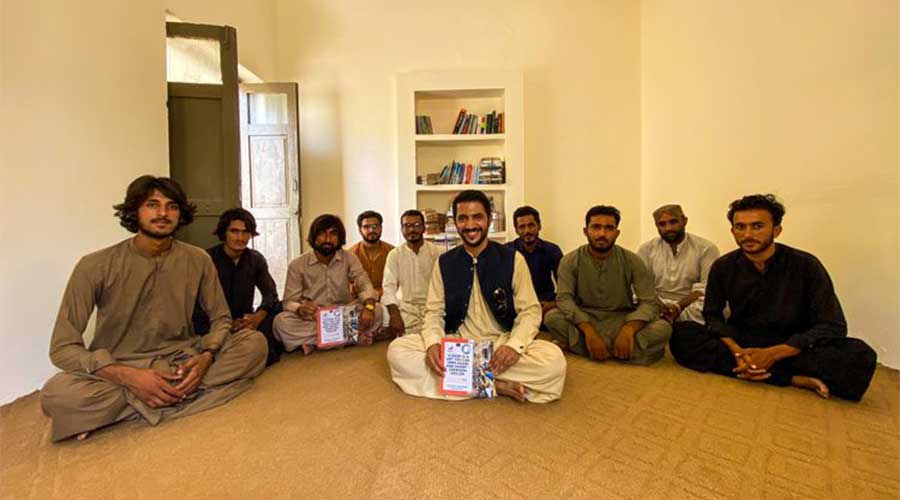 The people of Balochistan are opening reading rooms to encourage youth to read books during the Covid-19 pandemic.

The writer of ever best-selling novel The Alchemist, Paulo Coelho took on twitter on 17th August where he appealed his fans to send books to Balochistan as they are building reading rooms for its residents.

The initiative was taken by Siraj Sheikh and his five friends, later in which students of around 40 universities in Wadh, Balochistan contributed and developed a Wadh student library committee. The aim was to develop small libraries in different areas of the province by converting abandoned spaces into reading rooms.

Sikander Bizenjo of Balochistan Youth against Coronavirus (BYAC) initiative realized the need for more libraries and is instantly offering support. Through an open call on Twitter, Bizenjo has been able to donate 500 books to these libraries in the past few weeks, an effort they are looking to scale up.

BYAC is working on sending books for 13 community-built libraries across Balochistan. One of them is in Awaran that was hit by a devastating earthquake in 2013. The youngsters there have built a library for schoolchildren and are planning to scale it up to cater to Intermediate and graduate students.

However, BYAC took help from social media platforms by asking for support to donate books and different accessories for libraries. The writer of Eleven Minutes novel Paulo Coelho played a great role in supporting those students for establishing libraries as he contributed with moral support by his single Twitter post, “Send books to Baluchistan, they’re building reading rooms.”

Mr. Bizenjo who is also from Balochistan but settled in Karachi after his Bachelor’s degree from the UK said, “This may come as a surprise to many people, but the people of Balochistan are very well-read. When we spoke to the youth there about the books they needed, we received the names of authors such as Elif Shafak and Paulo Coelho.”

Join the cause — Send books to the Balochistan reading rooms

If you want to send books for these libraries, you can reach out to Bizenjo via email or through social media. “We have Twitter accounts that are active and people are reaching out to us every day,” he said.

One of the libraries has been opened in an abandoned room where drugs were previously consumed. These reading centers have enabled children from local communities to read authors like Coelho and Elif Shifak amongst others; that they otherwise are unable to find around them.

The initiator Siraj Shiekh when interviewed has said that children from this province come from humble families who can see the outside world only through Books, and as Paulo Coelho and Elif Shafak’s books are in abundance, people would be able to read them more.