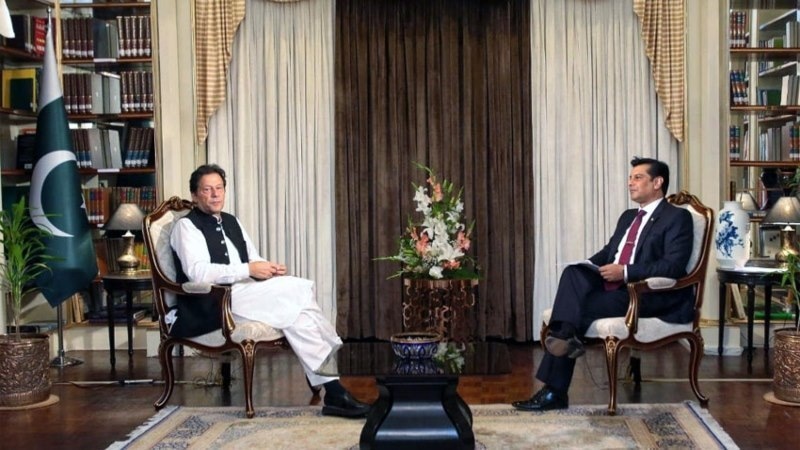 On Thursday, Prime Minister Imran Khan said during a TV interview that the opposition will be held responsible for economic collapse if FATF blacklists Pakistan. He said, “The economic destruction will be exactly as India wants”.

“India wants to put us in the Financial Action Task Force (FATF) blacklist and defeating the legislation on it would be, in fact, supporting their cause,” Mr. PM also said that the opposition has a one-point agenda which is “entirely against the national interest”.

Imran Khan said there would be horrific consequences if FATF blacklists Pakistan, the resultant economic conditions will be similar to those in Iran. He said the move would end dealing with international financial institutions and banks, it would degrade the value of the currency and will result in price hike commodities and utilities.

He further said that the government was being blackmailed by the opposition over the FATF issue but categorically stated that no concession will be given to the corrupt in the form of an NRO (National Reconciliation Ordinance). “No matter what the opposition does, under no circumstances will I ever give them an NRO,” he added that it would be equivalent to compromise the policy of PTI if NRO like amnesty is granted to the opposition.

Prime Minister also said that his government inherited a situation where Pakistan was put in the FATF’s grey list during the tenure of Pakistan Muslim League-Nawaz (PML-N).