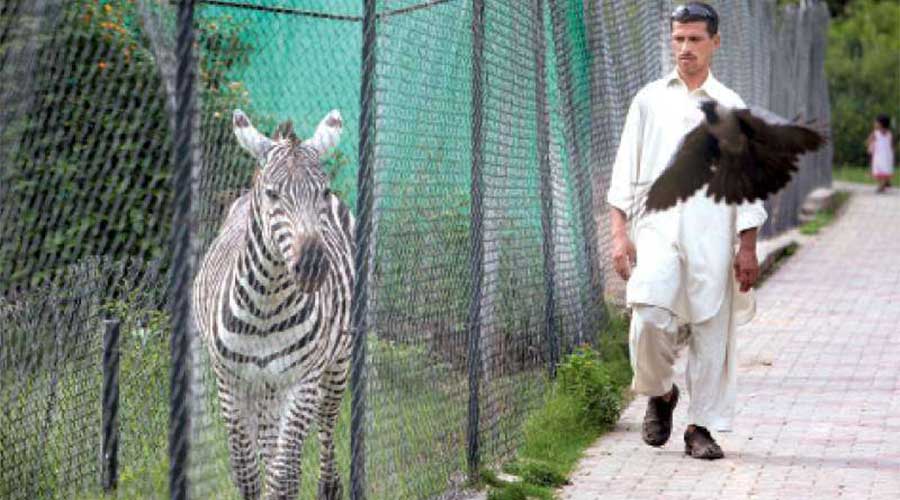 The chief justice of the Islamabad High Court on Thursday remarked that animals are not meant to be kept in cages or zoos while hearing a contempt case over the death of a lion and a lioness in Marghazar Zoo.

The Chief Justice IHC, Justice Athar Minallah took notice of the tragic story of the lost/dead animals at the Marghazar Zoo and gave strict remarks for those who are responsible for the tragic incident. Honorable Chief Justice said, ‘Why not those who are responsible may be put in the cages for the negligence, in this case, it seems that whole state is being run like this, nobody is ready to take the responsibility’.

During the hearing, Salman Akram Raja, the lawyer of Malik Amin Aslam the Special Assistant to Prime minister and Zartaj Gul, the Minister of State requested to be given time for putting up the answer which the court accepted and gave time to submit reply till Sept 25, while the Chairman, CDA sought the unconditional apology.

Chief Justice remarked that the Ministry of climate change took the responsibility and when the things moved in the wrong direction, the ministry is now indifferent. The honorable Chief Justice doubted that the Prime minister would be aware of these things, he added that the important personalities take the membership of wildlife but take no responsibility, a lot of animals have been lost and the food of animals is stolen. To avoid the insult the embarrassment in the eye of the world, the story of stolen food has not been written in the detailed decision.

‘How would you feel if someone locked you up in a cage for even two hours’, the Islamabad High Court judge remarked while talking about that animals aren’t meant to be kept in cages.

The story of the Zoo is not new rather the cruel game has been on since long as maximum animals seem quite weak because of poor quality of food, given to them.

This Zoo has lost the attraction for the visitors. People call this Zoo the graveyard of the animals. Much has been written that how miserably the elephant was kept there. Many animals died due to the poor quality of food and improper medical treatment.