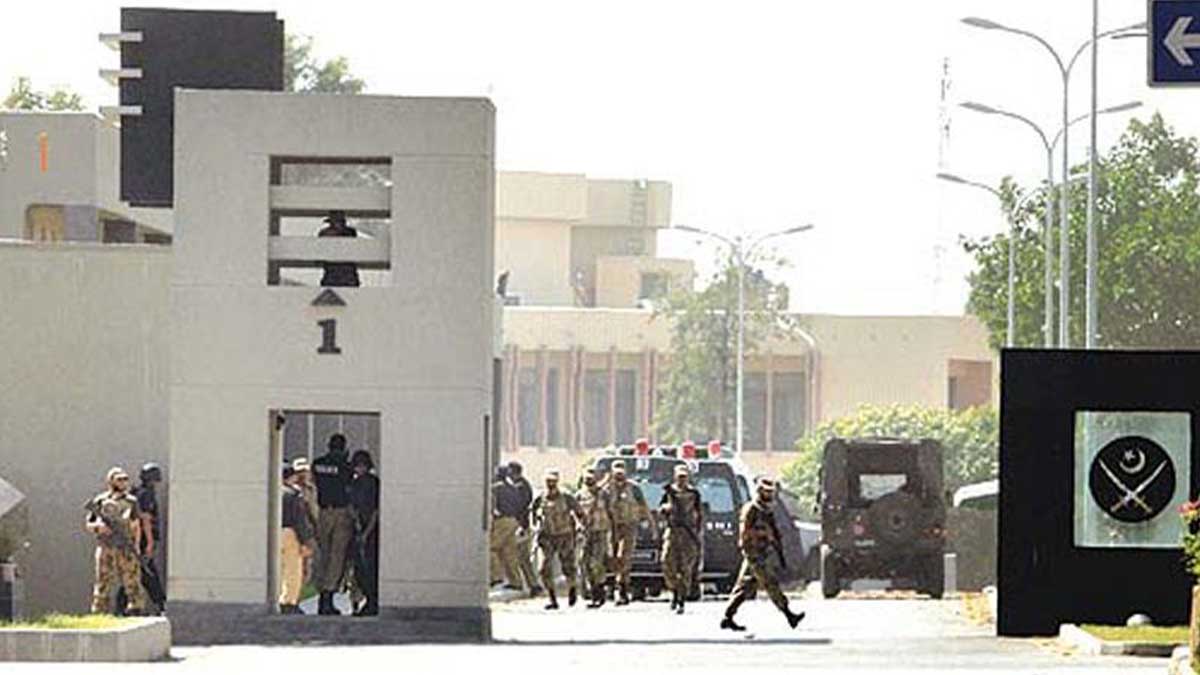 Members of the Parliamentary Kashmir Committee and defence committees of the Senate and the National Assembly (NA) were among those who visited the GHQ, according to a statement from the Inter-Services Public Relations (ISPR).

On Monday, the delegations from three parliamentary committees were briefed on the country’s security situation, particularly the situation at the borders and the army’s attempts to maintain peace and stability.

The announcement comes amid the rapidly changing circumstances in Afghanistan, with some refugees fleeing the war-torn country being granted a month of passage in Pakistan.

Read more: US completes withdrawal of forces from Afghanistan after 20-year war

As the US flew its key diplomats out of Afghanistan in the last hours of its chaotic retreat, anti-missile defences thwarted rockets fired at Kabul’s airport earlier in the day.

After mounting the largest air evacuation in history, carrying 114,000 of their own countrymen and Afghans who assisted them through 20 years of conflict, US forces are expected to leave Kabul by Tuesday.

Meanwhile, the Senate, NA members had an extensive interactive session with the Chief of Army Staff (COAS), General Qamar Javed Bajwa, at the GHQ meeting, according to the military’s media wing.

The Pakistan Armed Forces have achieved unparalleled success in the war against terrorism and restoring stability to the country, according to COAS.

“Despite hurdles, Pakistan’s borders remain safe, and we are prepared to confront any eventuality,” the army commander said, citing “our prompt efforts for Western zone border control.”

In addition to the benefits of regional connectivity, the COAS emphasized the significance of restoring peace in Afghanistan for the region’s long-term growth.

The Pakistan army’s solidarity and dedication to the Kashmir movement and the people of Kashmir was reaffirmed by the COAS.

“The world must understand that peace and security would remain elusive till the Kashmir issue is resolved peacefully,” the army commander said.

According to the military’s media wing, the meeting ended with a commitment to continue the fight against violent extremism through a coordinated, whole-of-nation strategy.