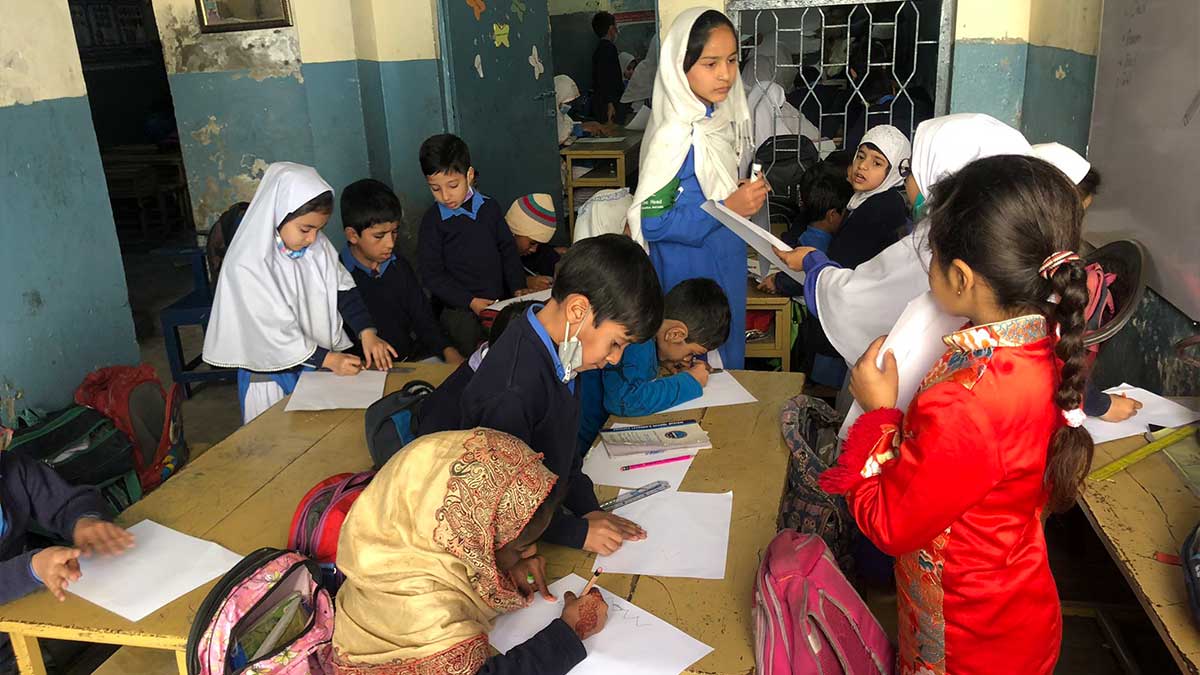 The government has launched an initiative named the School Khana Programme with the aim to give free lunch meals to students of government schools in Islamabad, trying to feed at least 25,000 students in 100 schools on daily basis, Federal Minister for Education Shafqat Mahmood declared.

At the inauguration ceremony of the initiative, Shafqat Mahmood said the cost-free meals for students would be delivered by the Allahwala Trust and expressed his thankfulness to the organization.

“Such institutions are a beacon for us”, he said.

The minister further stated that he had visited the director of the United Nationals International Children’s Emergency Fund (UNICEF) and expected to initiate the model all over the country but experienced budget restraints.

Moreover, the education minister said poverty was one of the reasons due to which many students were not capable to attend school, and that just one child at the school he was visiting had eaten breakfast.

“This is the first step wherein food will be provided to primary school children, and soon it will be introduced in all primary schools across Islamabad”, he maintained.

Shafqat Mehmood stated that this package would be given to all primary schools in Islamabad in the near future.

“In the first phase, the food will be provided to primary school children, and soon it will be introduced in all primary schools across Islamabad”, he said.

The inaugural ceremony was also attended by the IBCC Secretary, Dr. Ghulam Ali Mallah, the Vice-Chancellor of Quaid-e-Azam University, Dr. Muhammad Ali Shah, and the Director-General of the Federal Directorate of Education, Dr. Ikram Ali Malik.