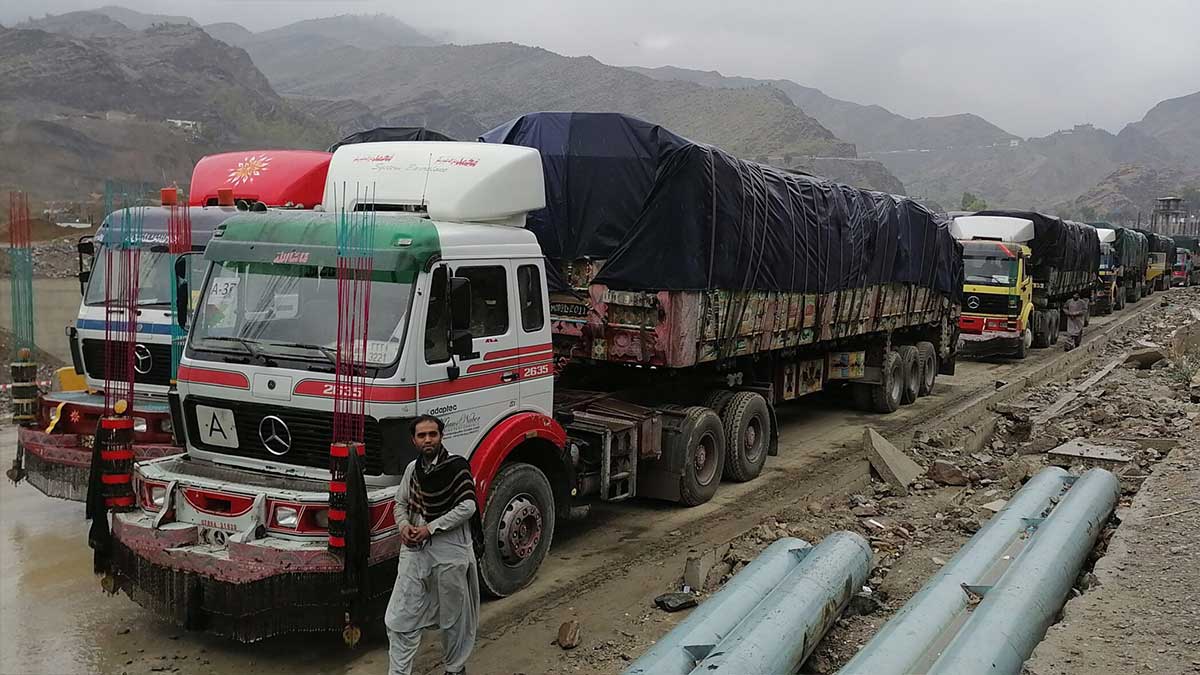 The first batch of Indian wheat had arrived in Torkham dry port in Afghanistan’s eastern Nangarhar province via Pakistan.

“About 2,500 tons of wheat, which is part of 50,000 tons of wheat donated by India and laden in 42 trucks, arrived in Torkham port Saturday morning. The shipment will be transported to different provinces and distributed among the economically vulnerable families,” the official told reporters.

The Pakistani government recently agreed to allow the overland transportation of humanitarian assistance from India to Afghanistan.

Pakistan has sent the first shipment of Indian wheat and medicines to Afghanistan over the Torkham border, as agreed, to help in the delivery of humanitarian relief to the war-torn country, according to the Ministry of Foreign Affairs (MOFA).

The aid was delivered by the first batch of 41 Afghan trucks that entered Pakistan via Torkham, according to MOFA, because Pakistani authorities denied the Indian requirement of utilizing Indian vehicles for transit.

“After loading the Indian wheat shipment supplied at the Attari-Wagah Border, the Afghan trucks are returning to Afghanistan today,” the statement added.

After months of negotiations, the two countries recently reached an agreement on the supply of 50,000 tonnes of wheat and life-saving pharmaceuticals.

According to the Ministry of Foreign Affairs, the Pakistani government agreed on an exceptional basis to enable the overland transfer of humanitarian aid from India to Afghanistan to boost the country’s fight against the ongoing crisis.

Pakistan has been working very closely with all sides to ensure that the help is delivered smoothly, according to the statement.

During the meetings, Pakistan made it clear to India that it was only supporting the movement because of the humanitarian crisis in Afghanistan, and that it should not be interpreted as a precedent for transferring other commodities into its neighbour.