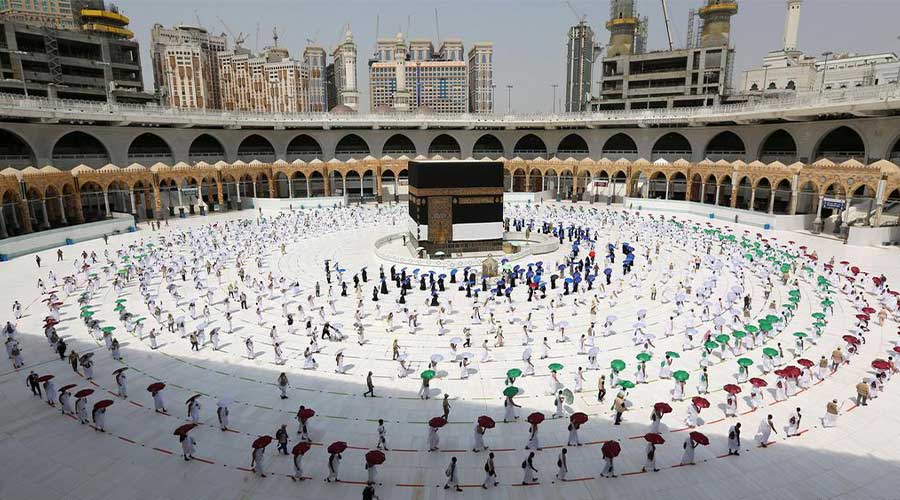 Saudi Arabia will gradually resume the year-round Umrah pilgrimage for Muslims from October 4 which was suspended in March due to coronavirus pandemic.

The Kingdom of Saudi Arabia had also narrowed down the annual hajj pilgrims amid fears that COVID-19 could spread to holiest sites.

According to Interior Ministry, in the starting phase of the umrah revival only 6,000 residents and citizens inside Kingdom are allowed to perform umrah from October 4.

Furthermore, permission will be granted to outsiders from 1st November when the volume will be increased by the Saudi administration to 20,000 umrah pilgrims per day.

The Ministry also further revealed that umrah gathering will be fully functional once the threat of coronavirus pandemic is eradicated completed.

The decision to open the umrah for pilgrims by Saudi Arabia was in a response to the aspirations of Muslims home and out of the country to perform the ritual and visit Islamic holiest sites. Umrah is an Islamic ritual that Muslims perform at any time of the year, and millions of Muslims rush towards Mecca and Medina.

The corona cases in the Kingdom are more than 330,000 which are the highest in the Gulf region and over 4,500 deaths have been recorded. However, Saudi Arabia also have a high rate of recoveries, according to official data the recovery rate exceeded 312,000.

The Hajj and Umrah is especially a key revenue generator for Saudi Arabia as millions flock into the country and spends thousands of dollars on travel.

The authority is planning to welcome almost 30 million pilgrims to Saudi Arabia by 2030 annually.