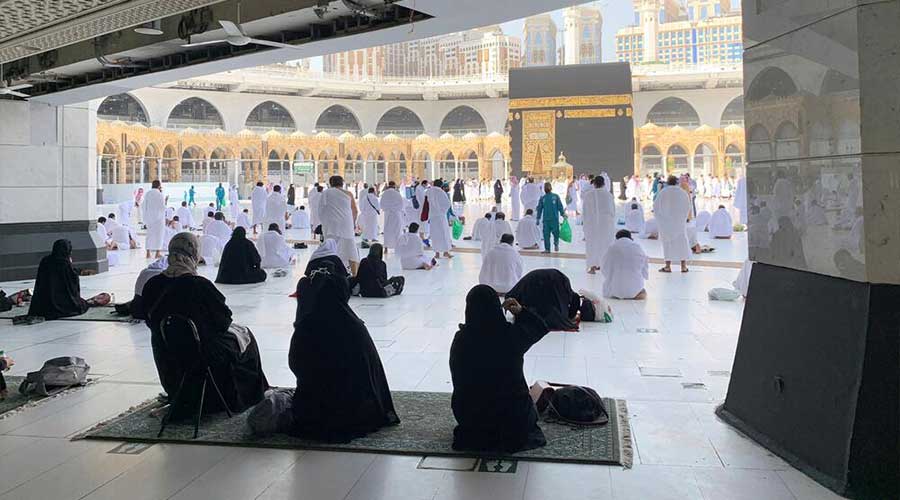 Citizens and residents are permitted to perform daily prayers at the Masjid al-Haram, or the Grand Mosque, in Mecca, Saudi Arabia for the first time since the outbreak of the novel coronavirus pandemic in the Kingdom.

Prior to this, Saudi Arabia also gave permission to its residents and citizens to perform the Umrah after seven months of hiatus.

The Grand Mosque in Mecca, the holiest site in Islam is open for the residents of the Kingdom to perform their daily prayers.

Sunday was also the day that marks the start of the second phase of the steady return of inhabitants to performing the Umrah, an Islamic pilgrimage to the holy cities of Mecca and Medina which can be performed at any time of the year. In the second phase of return, After resuming congregational prayers, Saudi Arabia is also expanding the Umrah capacity to 75 percent.

In its first phase of Umrah revival on October 4, the Saudi Arabia officials welcomed 6,000 citizens and residents of the Kingdom to perform Umrah on daily basis, representing 30 percent of the revised maximum volume of 20,000 pilgrims permitted into the Grand Mosque each day under new preventive health measures.

Both local and international visitors for Umrah and worship will be accepted as of 1st November. The Masjid al-Haram and Al-Masjid al-Nabawi will also open at full capacity but with protective measures in place.

The reports by Saudi news agency SPA revealed in last month that starting from 1st November, the Saudi officials will allow visitors from some selected countries which are believed to be safe to perform Umrah at 100 percent of the revised capacity, which will be followed till the risk posed by the COVID-19 fades away.