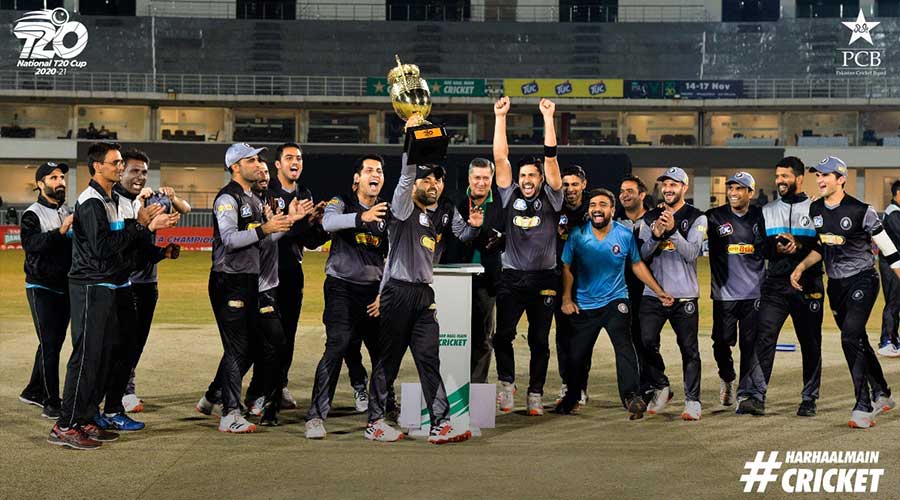 The sheer dominance greater experience and more firepower proved to be the difference as Khyber Pakhtunkhwa became the National T20 Cup 2020 champions after thrashing Southern Punjab by 10 runs in the final night at Rawalpindi Cricket Stadium.

Before the final match, both teams faced each other two times in which KP had the upper hand, and the final encounter proved no different. The flow of the match was decided when Khyber Pakhtunkhwa was invited to bat first and opener Fakhar Zaman and Mohammad Rizwan made 76 runs of partnership.

However, despite the aggressive play in the start Southern Punjab did manage to bounce back and halted the runs but, out of form Shoaib Malik made a contribution of 56 in 22 balls and helped KP to grab 73 runs in their last four overs of play.

On the other hand, Southern Punjab did not manage to score big in the first overs as they lost early wickets. But it was Khushdil Shah and Hussain Talat who made a 74-run partnership and closed the gap.

While the dew was causing trouble to Khyber Pakhtunkhwa in the National T20 final, KP’s captain brought on Usman Shinwari and Wahab Riaz, who managed to take out Khushdil and Talat respectively. After their departure, the game was finished.

The lower order showed some resistance but the target was out of their reach as they made 196-8 and lost the match by 10 runs.