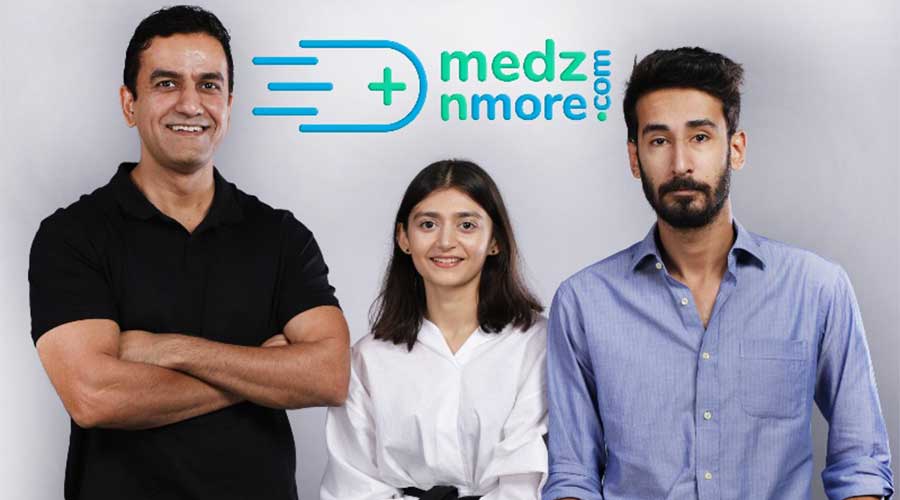 The Karachi-based Healthtech company MedznMore began in August 2020 has announced to close a seed round of 2.6 million dollars by a syndicate of local and international investors.

The company made this announcement on Sunday by stating to the media, “This is one of the largest seed rounds in Pakistan’s history, adding momentum to a rapidly evolving technology ecosystem.”

15 or less than 15 investors seed a new company that is called seed round. Investors can seed the company anywhere from $50,000 to $2 million. This money is often used to support initial market research and early product development.

The statement further says that the operations of the newly formed company are initially focused on medicine delivery and some other products of healthcare to the doorstep of costumers. This operation is currently ongoing in Karachi, they further plan to expand it across the whole country.

“MedznMore is building an impressive team, by attracting top talent from the likes of Daraz, Careem and other leading e-commerce players, which will allow the company to scale quickly leveraging knowledge from the wider ecosystem as well as addressing existing customer pain points,” it said.

The co-founder of the company is Asad Khan, who served Careem as a General Manager for almost three years, and Saad Khawar, an e-commerce industry veteran. Mr. Khan said that the company MedznMore aims to solve the chronic problem of counterfeit and fake drugs in Pakistan.

“In order to ensure 100% authenticity, all our medicines are procured either directly from the manufacturer or authorized distributors. In addition, we want to make the process more convenient than your local pharmacy, ensuring order delivery within 4 hours at the most affordable prices,” he said.

He further said, “Over the next few months we will be bringing in diagnostic, tele-health and personalized health insurance products, so customers can benefit from a one window solution for all the healthcare needs.”

“The company has ambitious plans to build a platform with comprehensive healthcare verticals over the next coming months,” he added.