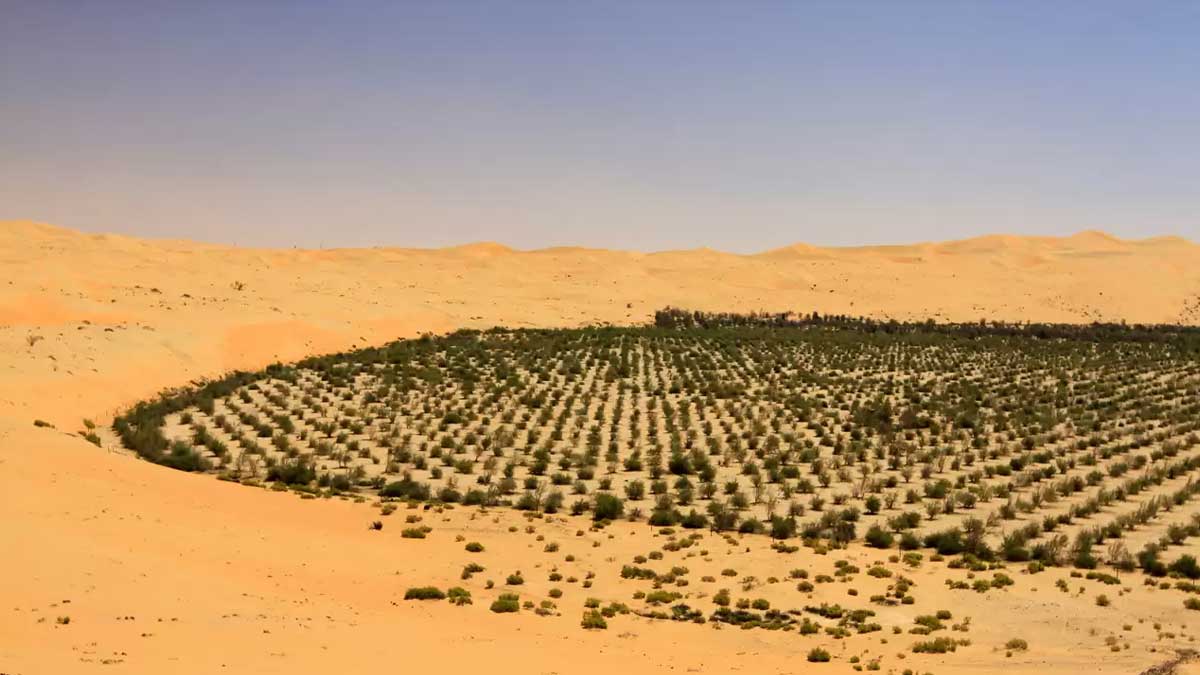 Engineer Muhammad bin Ali Al-Qaimi, General Supervisor of the Chief Executive of the Kingdom of Saudi Arabia, led a high-level delegation from the Saudi Ministry of Environment, Water and Agriculture to Pakistan’s forests, parks, and nurseries, including Khushab.

Senior and junior officers informed the group on the strategies utilised in Pakistan’s plantation effort during the visit.

Before their travel to Khushab, the Saudi officials met with Malik Amin Aslam, Special Assistant to Prime Minister on Climate Change, who informed them on Pakistan’s climate change activities.

The delegation then travelled to Nowshera, in the province of Khyber Paktunkhwa (K-P), to learn more about the 10 Billion Tree Tsunami. Later, it paid a visit to Azakhel’s olive plantation areas.

The Saudi delegation was informed that tree planting had been completed successfully in Thal. Because of sandy terrain of Thal and Saudi Arabia are similar, the team was assured that the trees that were successfully cultivated here may also be planted in the kingdom. They were told that there are more than 30 different types of seeds and 20 different sorts of plants that can be grown in Saudi Arabia.

Saudi officials notified Pakistani officials during their visit that the kingdom has chosen to undertake its own plantation effort, similar to Pakistan’s.