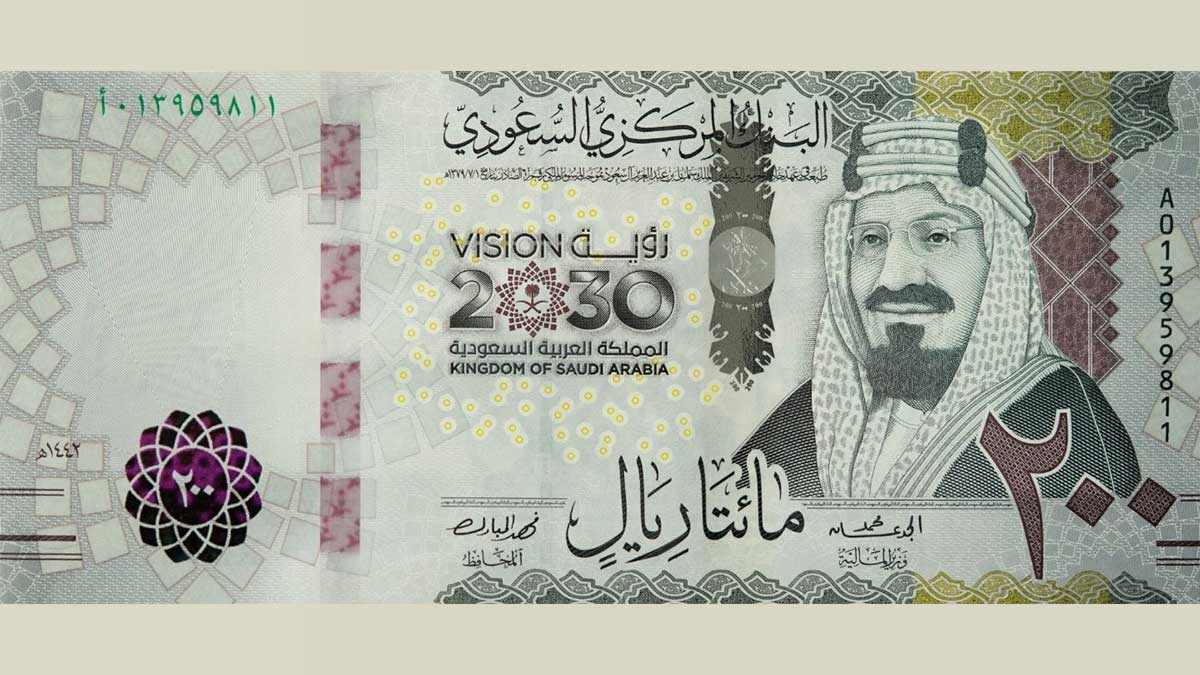 On the fifth year after the launch of Saudi Arabia’s Vision 2030, the Central Bank of Saudi Arabia announced the creation of a bank note with a value of SR200, according to the Saudi Press Agency (SPA).

This issue is focused on Saudi Monetary Law Article No. (4), which was issued by Royal Decree No (6). The new note went into circulation on Sunday, according to the central bank.

In this regard, the Saudi Central Bank explained that the two hundred Saudi riyal banknote, as well as other new banknotes in all denominations, will be placed into circulation by Sunday.

The new SR200 currency was printed according to the most recent banknote printing specifications, as per the Central Bank.

The new denomination is distinguished by a variety of technical requirements, high-quality security features, a distinctive design, and appealing colours that emphasise the denomination’s design.

The new banknote is grey in colour and features an image of the country’s founder, King Abdul Aziz, on the front, as well as the Kingdom’s Vision 2030 logo in 3D style, the Saudi Central Bank name, and the banknote value in Arabic letters and numbers.

The back of SR200 features an illustration of Riyadh’s “Qasr Al Hukm,” the Saudi Arabia Central Bank’s name, and the banknote’s value in English letters and numbers. The Saudi central bank has expanded a loan waiver scheme to help small businesses deal with the aftermath of the coronavirus pandemic until the first quarter of next year.

The scheme has affected over SAR77 billion ($20.5 billion) in loans, according to the monetary authority, and the enhancement was taken to help boost economic development. The steps, which were first announced in March as one of the kingdom’s first responses to the financial costs of the health emergency, have already been extended and were set to expire in December.