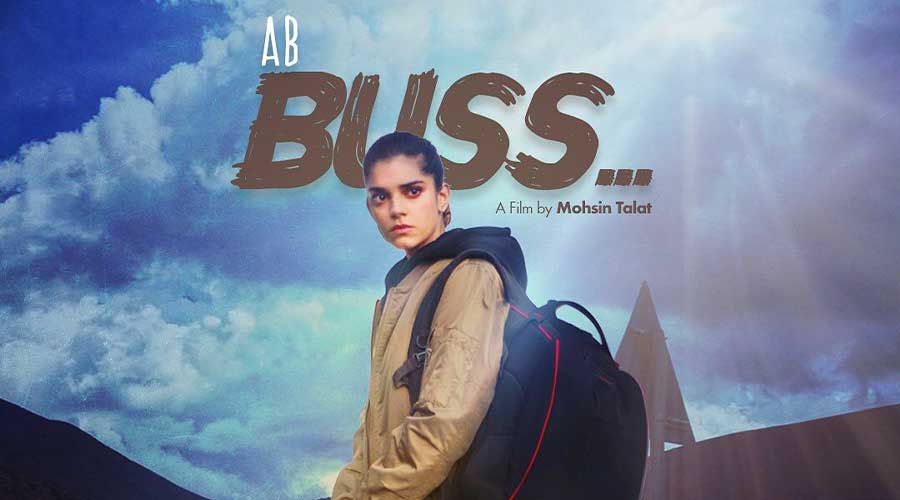 The 35-year-old Pakistani actress, singer, and former model, Sanam Saeed, is the leading star in a short feature film ‘Ab Buss‘ that is conceptualised around Lahore motorway rape case.

“A lone woman is a responsibility, not an opportunity” is a slogan raised by Sanam Saeed after the motorway rape case in Lahore. Zindagi Gulzar hai actor voiced for women violence before too and this time she has filmed a short film to convey this message.

Produced by Ali Hussain and Mahib Bukhari, the film follows the story of a woman arming herself with extreme measures as she prepares to embark on a long journey with her daughter.

In her recent interview, Sanam Saeed talked about the short film “AB BUSS”, narrating the mental turmoil caused by the recent rape of a woman on the Lahore-Sialkot motorway. “It’s a very smartly written film; simple, impactful, with a punchline right at the end,” says Sanam.

“That’s the beauty of short films; their strength lies in delivering a message creatively and simply,” she says, adding that it took only half a day to shoot.

“In fact, sometimes when a short film is done well, you wish that it could be slightly longer.”

“I do think that such content should be made available for mass viewership, offering a broader perspective from what people see daily on their television screens. At the same time, the internet has allowed the film to be seen by a wide, international audience.”

She was then asked, does this particular topic, focusing on how a woman feels unsafe traveling alone, particularly ring true with Sanam as a woman?

“I do think that a sense of insecurity is there but for most women, including myself, it’s become second nature to take precautions. I have been lucky; I have never been followed or harassed and I do tend to drive alone at night but I’d always inadvertently opt for a route that has more traffic or has police or rangers stationed in the vicinity. I’ll take a longer route if necessary and I wouldn’t loiter on the road alone. My car key and house keys would be within easy access.”

She concluded “These precautions aren’t limited to Pakistan,”
“I wouldn’t want to take the late-night subway in the US or go for a late-night stroll in the UK. Women feel insecure anywhere in the world where they may become victims of predatory behavior.”