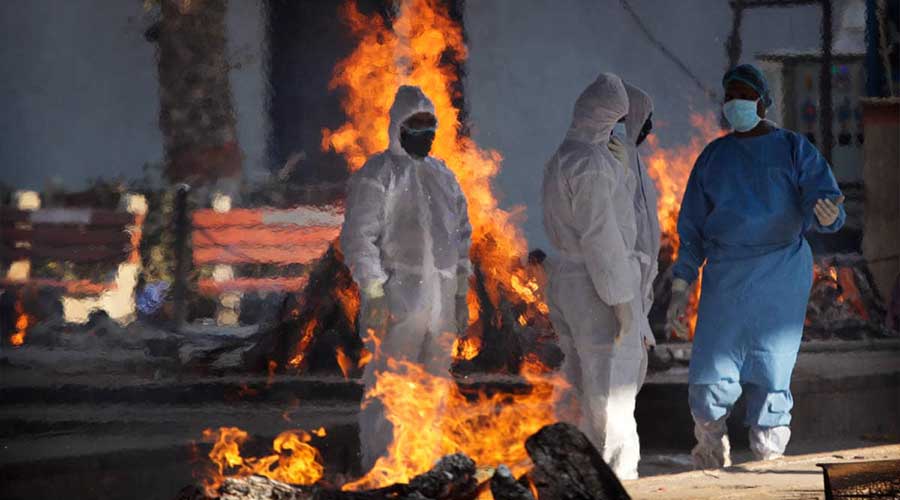 Total cases in India have passed 9 million, becoming the world’s second most affected country with the death rate crossing 133,500.

It was reported on Friday that graveyards have begun filling and the load on hospitals is over increasing as the total number of cases is about to touch a crore.

According to the latest official figures, which are widely seen as understating the true scale of infection, the country’s coronavirus cases tally stands at 9,129,003.

New Delhi, facing the dual scourge of winter pollution and coronavirus, has seen infections soar past half a million with a record rise in daily cases. At one of Delhi’s largest cemeteries, burial space is fast running out, gravedigger Mohammed Shamim told AFP.

“Initially when the virus broke [out], I thought I’ll bury 100-200 people and it’ll be done. But the current situation is beyond my wildest thoughts,” Shamim said.

As per the statement of Anand Krishnan, after India crossed the 9 million mark, a community medicine professor at Delhi’s All India Institute of Medical Sciences, “The increase in numbers of cases is a concern, primarily because it is driven by people not following the basic protocol of corona-appropriate behavior.”

However, emerging cases in India can be called the carelessness of the government that could not tackle coronavirus efficiently like Pakistan and other countries which successfully stemmed the first wave of the outbreak.

India imposed a stringent lockdown in March but restrictions have been gradually eased as the government seeks to reboot the economy after the loss of millions of jobs. According to experts, this has helped spread the disease, as has a general reluctance to wear masks and maintain physical distancing.