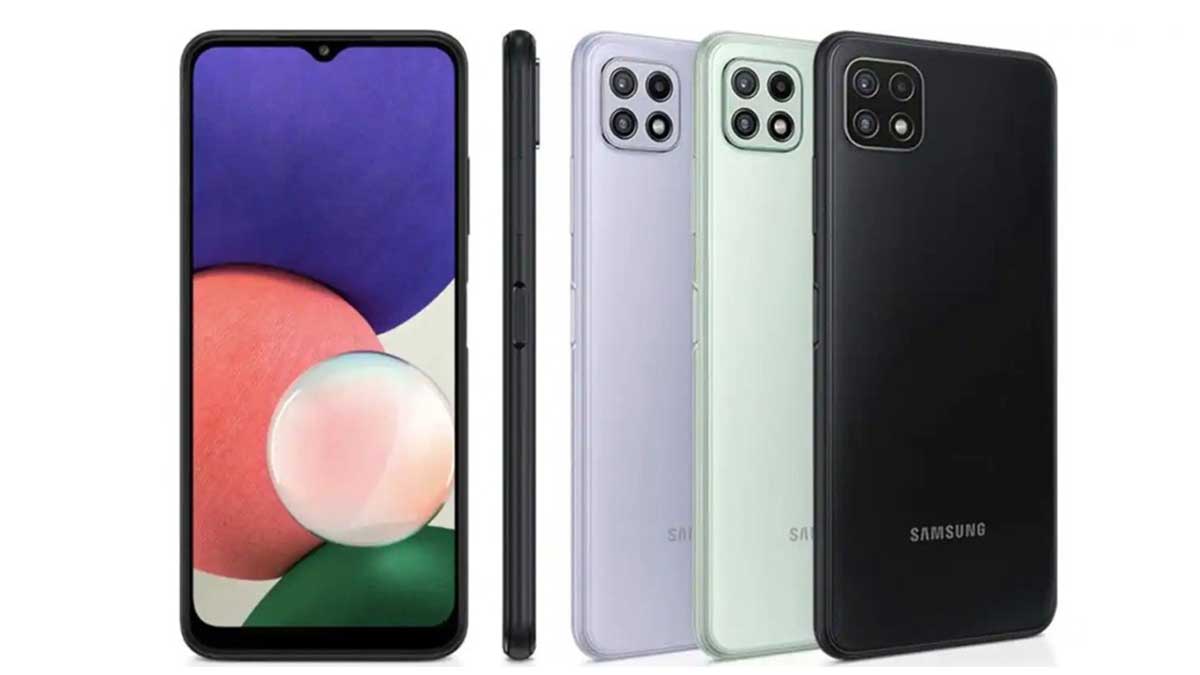 Samsung has unveiled a new mid-range smartphone Galaxy Wide 5 with a unique brand name and camera design. However, the Galaxy Wide 5 is initially introduced in South Korea.

On the back, there’s a 64MP primary sensor and a 5MP ultrawide lens with a 115° field of view. A 2MP depth sensor and an LED flash unit are also included in the same cutout for portrait pictures. This camera can record 1080p films at 30 frames per second.

The front camera, which is contained in the V-shaped notch, is an 8-megapixel camera.

The phone’s main processor is Samsung’s 7nm Dimensity 700 SoC, which has previously only been seen on the Galaxy A22. It comes with 6GB of RAM and 128GB of storage, but there is also a microSD card slot for up to 1TB of storage capability. According to some news, RAM capacity may vary by area.

The Galaxy Wide 5 comes pre-installed Android 11 and One UI 3.1.

The phone boasts a 6.6-inch LCD with 1080p resolution on the front. The front camera is positioned in a V-shaped notch at the top, and the fingerprint sensor is placed on the side, above the power button.

The main camera is unlike anything we’ve seen on a Samsung handset before.

The phone’s battery capacity is 5,000 mAh, and it supports 15W fast charging via a USB C connector.

The Samsung new set is available in three colours: black, white, and blue, and costs $385 in South Korea.