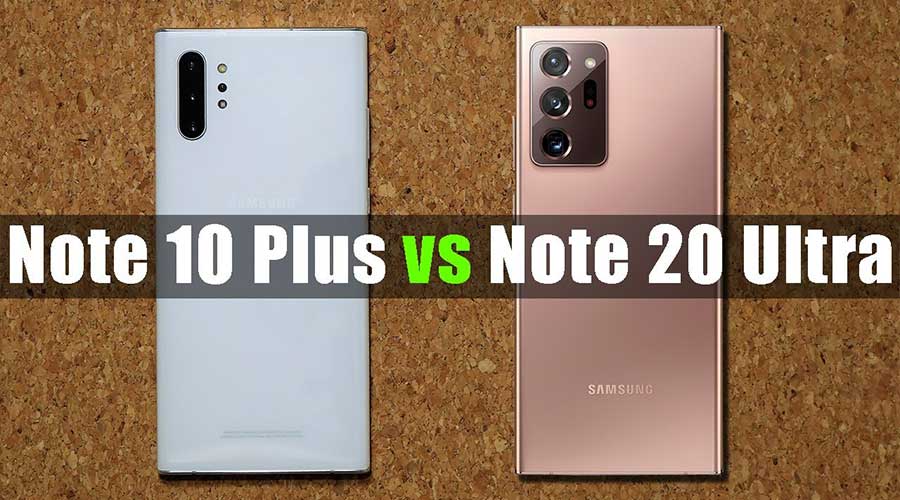 In Galaxy Note 20 Ultra basic module comes with the 4G supported along with 8GB RAM and 256GB of storage capacity. If you compare it with Samsung Galaxy Note 10 then it falls short as there is 12GB of RAM in previous model. For a higher price of galaxy Note 20 Ultra you will have 5G enabled version and premium version contains 12GB of RAM and roaring 512GB of storage capacity. which you can say more or less on equivalence with Samsung Note 10+.

If we talked about design, then Samsung Galaxy Note 20 Ultra has more colorful but predictable style. By for its look Samsung shifted from oily surfaced and luminous color palette which was introduced in previous year. However, they choose more traditional color scheme such as White, Black and Bronze. Now your lenses will be scratch less as Samsung managed to give a camera bump.

In comparing Galaxy Note 20 with Galaxy Note 20 Ultra the premium version has a curled 6.9 inches of display screen along with AMOLED QHD display clocked at 120HZ. However, there is not a huge difference in resolution of the screen but higher refresh rata provided the edge to the Note 20 Ultra than Note 10+.

This year Samsung goes with 4500mAh battery along with 25W fast charging option via Type-C cable. However, last year they provided 4300mAh battery in the Galaxy Note 10+. The bigger battery will definitely increase mobile usage.

While comparing the features both Galaxy Note 20 Ultra and Note 10+ have the almost same features. Both flagship phones will be having an IP68 water resistance capability, fingerprint function on display, Qi wireless charging, S-Pen stylus, 25W charging via USB Type-C.

However, both premium phones have stylus but in Galaxy Note 20 Ultra S-pen got slightly upgraded with lesser latency.

Samsung also introduced a new Laser Autofocus system that Samsung posing it as an answer to a technical problem which they have faced earlier in S20 ultra camera.

Both Note 20 and Note 20 Ultra offers a great zoom in function. According to Samsung Note20 Ultra can be zoomed up to 50x space digital zoom.

Through specification and features of Galaxy Note 20 Ultra it is clear that those who purchased Note 10+ last year do not have to worry about changing the Samsung flagship mobile unless they are photogenic and wanted a better camera option along with 200mAh more battery.