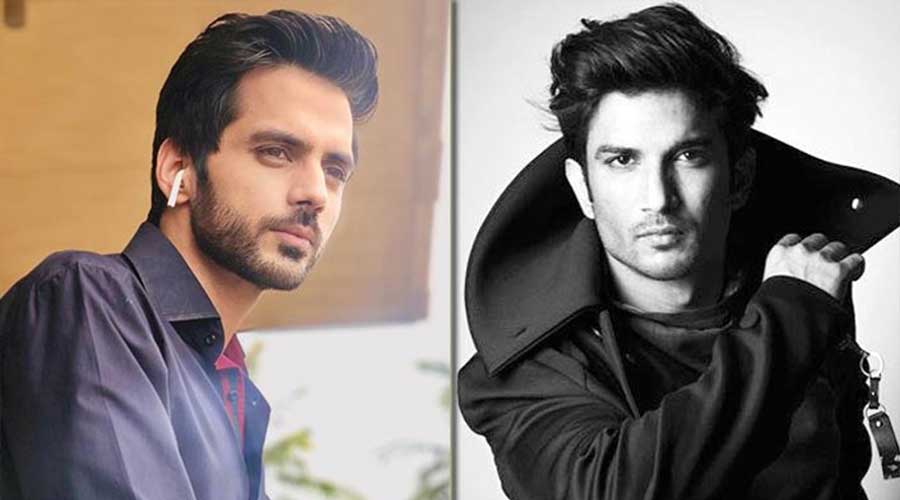 Pakistani actor Hasan Khan formed a frenzy when he proclaimed that he will be playing the character of late Sushant Singh Rajput in an Amazon Prime web series however Amazon Prime deemed the news baseless.

The actor claimed via Instagram account that he would be playing the role of Indian actor Sushant Singh Rajput in an upcoming series. He also shared a picture of Sushant and his face side by side to compare himself with the late movie actor. Hasan Khan looked excited for the project as he labeled it close to his heart.

Several news agencies reported that news by quoting Hasan Khan statement but an official statement released by Amazon Prime has now exposed that no such project has been awarded to Pakistani actor and platform is not hiring Hasan Khan for a web series.

An official statement by Amazon company says, “Amazon Prime Video has not commissioned or licensed any project on the late Sushant Singh Rajput with actor Hasan Khan or for that matter with anyone else.”

According to Bollywood Hungama’s report a close source in Amazon said “It’s all in the air right now. No idea why he (Hasan Khan) tweeted about playing Sushant Singh Rajput.”

Hasan Khan is a National Academy Performing Arts (NAPA) graduate and NAPA original Facebook page also shared Hasan’s post but later deleted.
However, talking to local news agencies actor Hasan Khan shared that a movie has been already filmed and expected to be released in few weeks. The movie is a short film which was directed by Mohammad Musawar a Pakistani director and an Indian producer Raj Gupta.

The short film was supposed to be aired on Amazon Prime but due to heavy critique from the Indian side, Amazon Prime backed out from the project. Thus, the film will be released by the producer on its own channel named as Imperfect Movies.