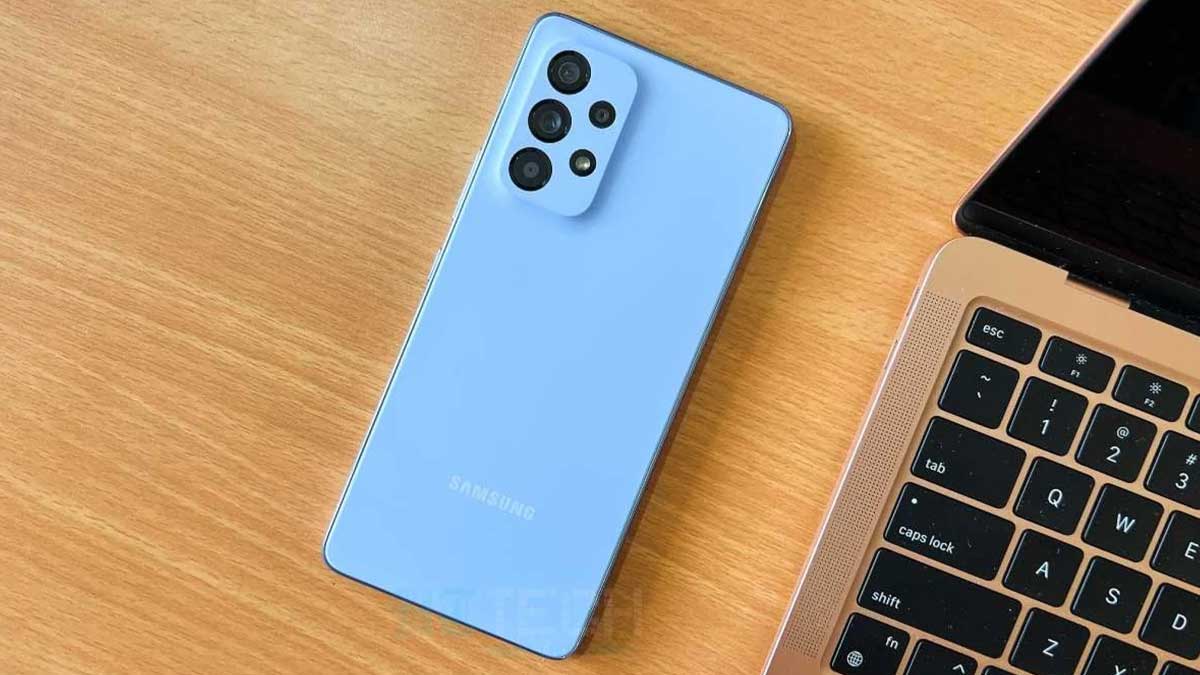 Check out the specs and features of Samsung Galaxy A53 5G. The newest mid-range phone is reasonably priced and have great feature set and specs.

Samsung’s A53 5G was announced on March 16th during the company’s ‘A Event.’ It has some excellent features at a fair price. This new smartphone isn’t the premium Samsung Galaxy S22, but if you’re searching for a more economical option, it seems quite appealing.

The Samsung A53 5G is the company’s newest mid-range smartphone, priced at just under £400. As a result, it’s a direct competitor to Apple’s recently announced iPhone SE (3rd gen).

Compatible with microSD additional storage up to 1TB

Samsung’s A53 5G and A33 5G smartphones have been announced as an intriguing new mid-range pair. They’re both in the lower mid-range phone market, for £399 and £329, respectively.

In essence, these two phones use slightly older, last-generation technology in a new phone with Samsung’s software updates and support. Despite the fact that they don’t have the most cutting-edge technology, both handsets appeared to be impressive.

Samsung A53 camera and features

The 64MP camera of the A53 5G is quite remarkable. It uses Samsung’s standard AI photograph processing, which results in photographs that are bright and high-contrast. ‘Night mode’ photography is available on both the A53 and the A33.

Aside from the camera, the phone has a solid collection of features and specifications. The Exynos 1280 Chipset is at the heart of everything, and it’s the first 5nm chip to make its way into a Samsung A-Series phone. According to Samsung, it has 6GB of RAM and the option to utilize some ROM storage gigabytes as RAM.

For added peace of mind, it has an IP67 water resistance rating and a fingerprint scanner.

The phone’s screen is the most notable feature elsewhere. The Super AMOLED panel is a joy to use, and it has an adaptable 120Hz refresh rate (the A33 has an adaptive 90Hz refresh rate). The panel is clean and bright, with 800 nits of brightness, and scrolling is smooth.

Both phones have a 5000mAh battery and support 25W fast charging, and Samsung claimed that they can last two days on a single charge.

The phone’s adaptive battery life settings, according to Samsung, will understand about your consumption as you use it more, allowing it to become more power-efficient.

The A53 and A33 are significantly less expensive than the S22 and even the S21 FE. They are, however, good haptic handsets with a small, elegant Samsung design.

On the other hand, the camera bump is not in the same style as Samsung’s other camera bumps. Rather than dwelling in a separate cut-out space, like they do on the metallic bumps of the S22 and S22+, the main colour of the handset continues and wraps around the lenses. This new design is similar to that of the Oppo Find X5.