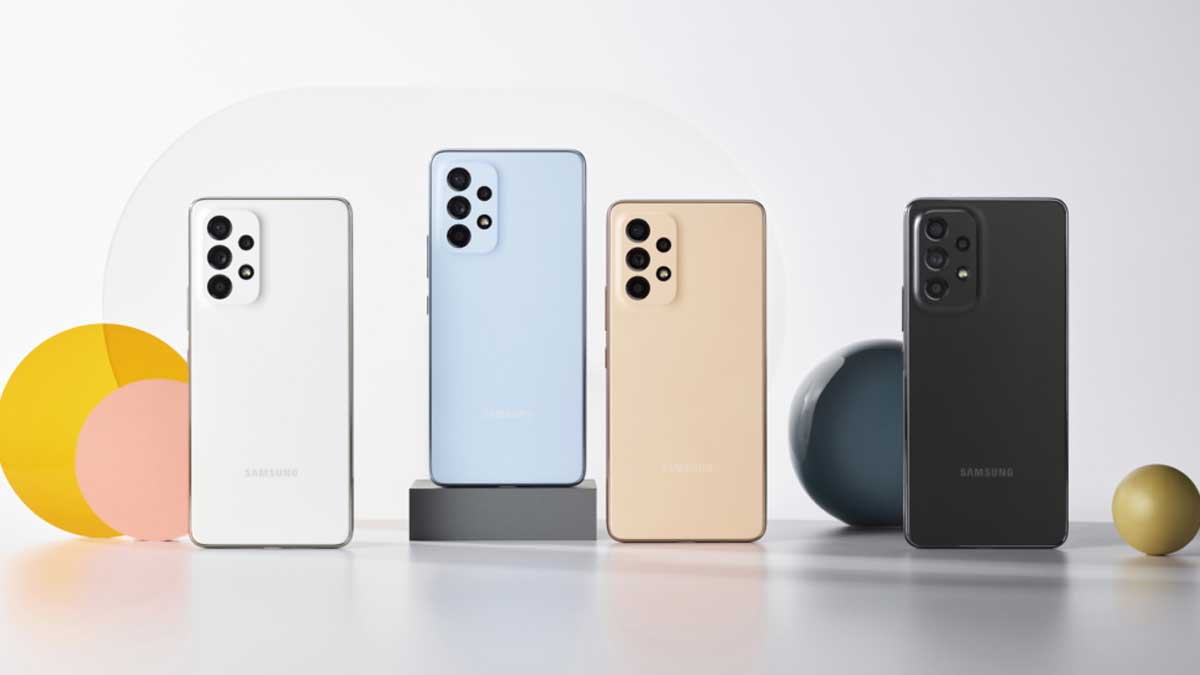 Samsung has announced the arrival of Galaxy A53 5G and Galaxy A33 5G, plus the company also quietly launched the Galaxy A73 too. The new Galaxy A series phones are equipped with Galaxy’s AI camera, smooth display, and a two-day battery life. The phones feature 5G connectivity, defense-grade security, eco-conscious, support One UI and Android OS upgrades, and security upgrades.

If the Galaxy S22 lineup has piqued your interest but you can’t consider spending up to $800 on a phone, Samsung’s Galaxy A lineup has you covered. These are reasonable solutions that have the most of the features you would want at a price that won’t cost you much.

Samsung confirmed that the Galaxy A Series Event which was held on March 17th, exactly one year after the company launched the Galaxy Ax2 lineup on stage.

Although Samsung did not used the “Unpacked” title for this event, however, the vibrant invitation made it clear what it’s all about.

Several leaks about the impending 2022 lineup, particularly the Galaxy A53, had surfaced in recent weeks. With an Exynos 1280 SoC, a 6.5-inch display, and a 64MP main rear camera, it’s likely was to follow in the footsteps of the A52.

The Galaxy A73 was also believed to have a 108MP camera, which has been now confirmed to be true. All three to have 5,000 mAh batteries and charge at up to 25W, however in-box chargers may not be included this time.