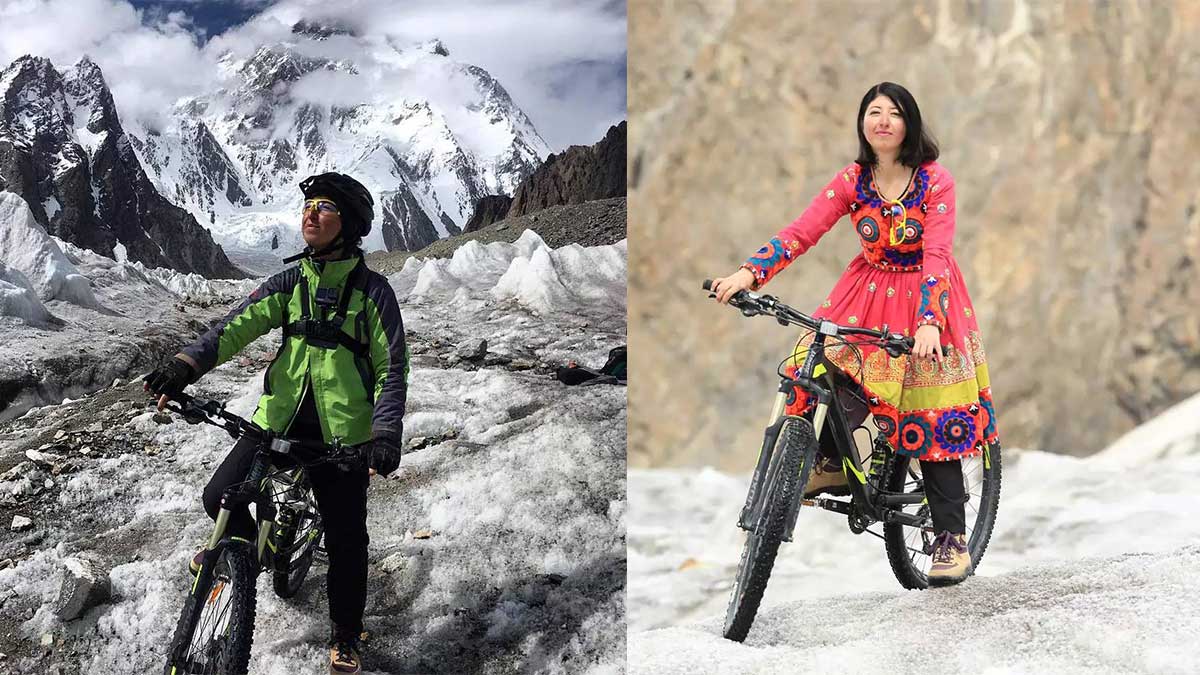 Samar Khan has become the first Pakistani female cyclist to reach the base camp of world’s second-highest mountain, K2.

Mountain biker and adventure athlete, Khan is the only female cyclist to reach the base camp of the world’s tallest peak. Now she holds the title of the first Pakistani to summit Mount Kilimanjaro and the Biafo Glaciers in the Karakoram Range on a bike, has set a unique record by reaching the base camp of the savage mountain via cycle. In her journey, Khan cycled from Askole, a small town located in Shigar Valley, to K2 base camp.

Khan announced the good news by taking on Instagram, confirming that she had made it to K2’s base camp after a long and grueling journey.

Samar Khan posted the landmark achievement on Instagram, wrote, “Doorway to Choghori (K2). The stage where prayers are answered or sometimes delayed, where I got to see the clear face of majestic Choghori, standing with grace,” she captioned the post.

Khan while narrating her story mentioned that she has reached her goal by facing harsh climate as she had to encounter long nights of ‘chasing oxygen’ and prayers. There were many injuries and I was shivering with cold on the way but finally accomplished, she mentioned in a series of posts.

“After a long night of chasing oxygen & silent prayers, the morning brought me face to face with K2, with alot of injuries & shivering cold but with magnificent sight.”

“The distance between Ghoro2 & Concordia is good 5-6 hours rocky track elevating upto 4575 meters & more. But the real deal is to cross the dangerous crevices around Concordia & cross the long Godwin Austin glacier to reach 5000 meters (basecamp),” she added.