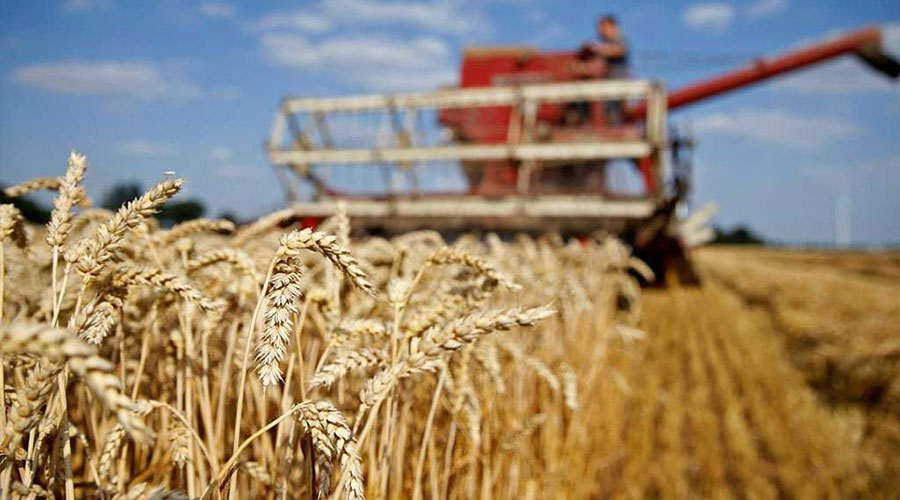 The federal government has decided to start the sale of wheat to the flour mills from the already available stock with the provinces.

For the first time in Pakistan, the federal government has decided to start the sale of wheat to the flour mills from the already available stock of wheat in the provinces. A high-level meeting took place in Islamabad, headed by the Advisor to PM On Finance Abdul Hafeez Shaikh and attended by the Adviser to the Prime Minister on Commerce and Investment Abdul Razak Dawood, federal ministers including Fawad Chaudhry, Syed Fakhar Imam, Punjab Senior Food Minister Abdul Aleem Khan, and four chief secretaries of the provinces.

The government of Punjab was directed to release 9 lac tons of wheat to flour mills immediately at official rates. It was suggested to fix Rs 1550-1600 per maund. PASCO will provide the wheat to the provinces from the stocks already available with it. This step will help to reduce the bag of flour to the extent of Rs 100.

In the next meeting, the decisions about the sales of wheat, its price, and its import will be finalized. The participants expressed serious concern over the increasing rates of wheat in the open market, ultimately, causing the rise in the flour prices. Chief Secretary, Panjab briefed the meeting that a sufficient quantity was available in the stock last year but this year the quantity of carrying forward wheat is 250 lac tons while it is solicitude that production 20 lac tons will be short this year. The shop keepers are charging the rates of the flour more than the rates, fixed by the government.

“It was resolved that the government would take all possible measures to control the prices of wheat and overcome shortages, if any,” the statement added.

In the anticipation of wheat shortage this year, the government has acted proactively to guarantee price control and food security.