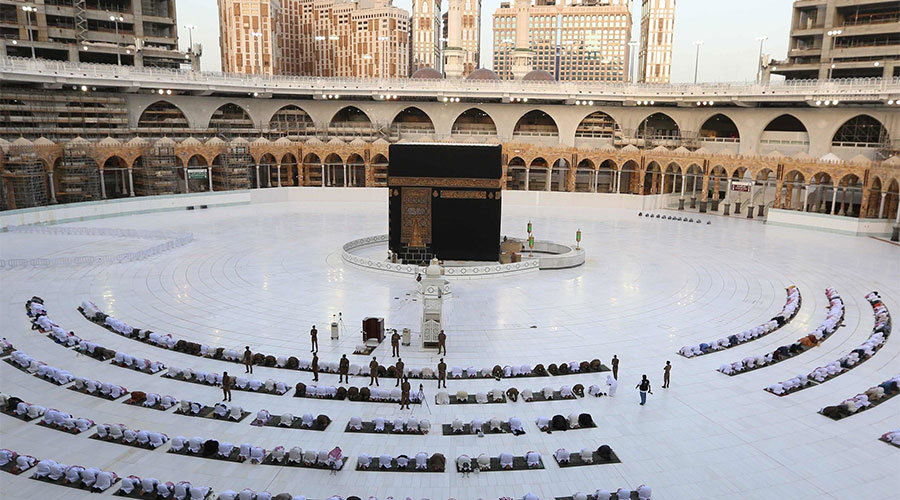 Saudi Arabia has decided to hold the annual Hajj pilgrimage with a very limited number of pilgrims from all nationalities living in the kingdom.

The decision was taken after months of speculations to ensure health as social distancing is difficult to maintain among large numbers of pilgrims coming from different countries.

This time in 2020, Saudi Arabia made sure to give priority to the health of people rather than to call a huge number of people for the Hajj 1441H from different countries. According to the Ministry of Hajj and Umrah, there will be a very limited number of worshippers permitted to perform hajj this year.

The ministry said that the decision to hold the restricted pilgrimage was taken to ensure that the Hajj was safely performed “while committing to all preventive measures to protect Muslims and adhere strictly to the teachings of Islam in preserving our health and safety”.

The statement of the minister was, “As COVID-19 cases continue to grow globally while the risks of Coronavirus spread in crowded spaces and to countries still exist, Hajj 1441H is decided to take place this year with a limited number of pilgrims from all nationalities residing in Saudi Arabia only, who are willing to perform Hajj”.

Ministry of Hajj: Hajj 1441H Is Decided to Take Place This Year with Limited Number of Pilgrims from All Nationalities Residing in Saudi Arabia. The decision comes in light of the increase in COVID-19 cases around the world and difficulty maintaining social distance among large numbers of pilgrims coming from overseas. For more details visit the link in bio #hajj #pilgrimage #islam #saudiarabia #aboutpakistan

The decision came when the kingdom reopened the mosques in Mecca and lifted their nationwide curfew and ended all Covid-19 related restrictions on economic and commercial activities that had been in place since late-March.

However, the decision taken by Saudi Arabia to hold Hajj is not arguable as the number of infected people is rapidly increasing around the globe as more than 9 million people are been diagnosed till now, and 474,671 people have died so far.